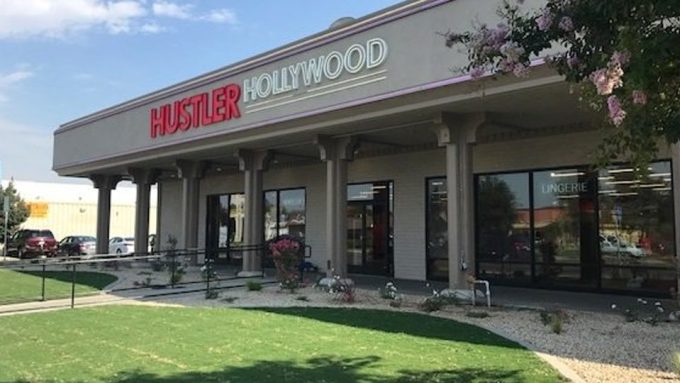 The official opening will be on Saturday, September 30. Larry Flynt himself will attend the opening ceremony, and sex star Melody Wylde will be the special guest for the occasion.

Guests for the grand opening will enjoy food, drinks, and giveaways. The first 50 customers will additionally get a gift bag.

The location was formerly occupied by Silver Dollar Hofbrau, and local politicians tried to prevent Hustler from opening a sex store there.

Nevertheless, Hustler Hollywood signed a 10-year lease in 2015 but was only able to open the store now because there was a federal lawsuit attached to the plan. Fresno arbitrarily tried to classify Hustler Hollywood as an adult bookstore to prevent the chain from making its business successful and restrict the product lineup.

The store claimed that portions of Fresno’s municipal code constituted an unlawful prior restraint to engage in protected expression in violation of the 1st and 14th Amendments.

In the suit, Paul Cambria represented Hustler Hollywood. He argued that the city of Fresno classified Hustler as an adult bookstore to preclude it from opening and that the city wrongfully amended its municipal code to be able to do exactly this.

The new amendment broadened the products that would lead to a 25% threshold for regulation. Prior to the amendment it specifically named books and magazines and now mentioned just any products deemed to be »adult« in nature.

Hustler Hollywood was able to reach a settlement with the city. Fresno gave the chain the permit for the store and agreed to pay Hustler’s attorney’s fees. No further details are known, but with the opening on September 30 Hustler Hollywood could declare a triumphant win.