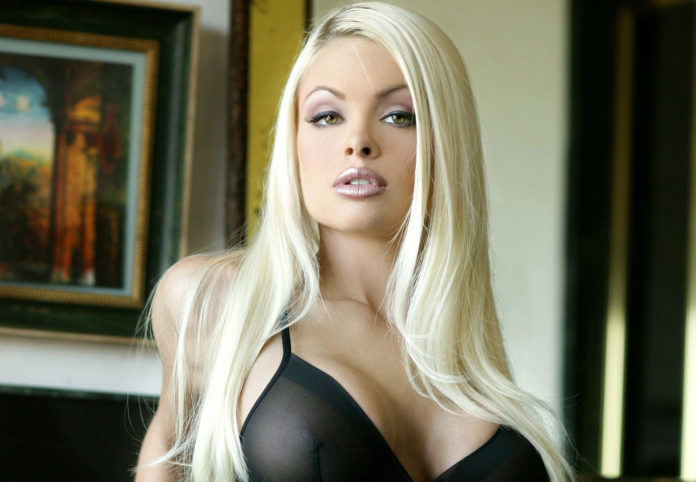 “Because I’m so busy with other stuff and the industry’s changed so much, why not go out when you’re still on top?” Jesse continued. “I can still shoot. I have companies trying to sign me for contracts right now. Luckily, knock on wood, I age very well. But I’ve done it for 15 years. It’s time to focus on my other businesses and stuff. Plus like I said the industry’s changed so much. It’s not like what it used to be.”

Jesse added, “Honestly, the reasoning is even though I can still work in it like I said, the way the industry has changed and the way they treat the girls they forget that the girls are what makes them their money. And with all of the free internet sites it’s shutting down businesses left and right. People aren’t paying the same; the quality of talent’s gone down. And I’m big into, I need to have a sexual attraction to you. I can’t fake it on film. That’s why I’ve always got to pick the people I work with.

“So that’s why you never see me look at the camera and by the end of the scene I look all messed up. Because I don’t care. It’s just changed so much.”

Jesse, a former Hooters manager and Hawaiian Tropic pageant winner originally from Fort Worth, Texas, debuted in 2002 as a Digital Playground contract performer. She went on to star in the best-selling adult movie Pirates (Digital Playground/Adam & Eve) in 2005 as well as more than 100 other movies for Digital Playground, where she remained exclusive through 2014. In January 2015, Jesse signed an exclusive contract with Jules Jordan Video and starred in chart-topping showcases such as Jesse: Alpha Female, Jesse: Sex Machine 1-2 and Face of Angel Mind of a Devil.

Jesse is one of a small group of elite stars to enjoy mainstream crossover success throughout her career, appearing on hundreds of magazine covers, including FHM, Maxim, Front, Strip Las Vegas and Arena. She has earned leading roles on HBO’s “Entourage” and in the feature Baywatch: The Movie, among others. She has also starred in numerous music videos for artists from Drowning Pool to Robbie Williams.