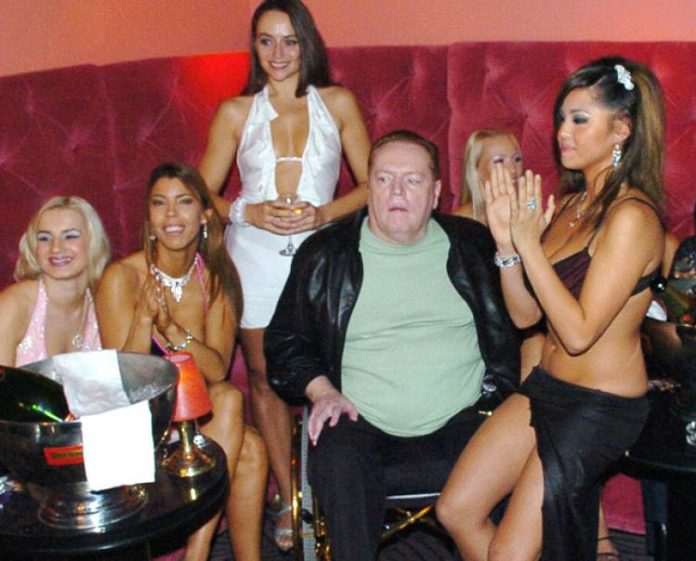 It seems as if Larry Flynt is making headlines on a weekly basis again. The 74-year-old industry icon and publisher of Hustler Magazine just promised $10 million for information that would lead to the impeachment of Donald J. Trump. A warm probably welcome shower of worldwide press coverage followed. But this week’s headlines probably won’t make Flynt smile. The businessman just lost a court case that could cost him serious money.

Two court cases involving Larry Flynt’s gambling and restaurant businesses have been dismissed: one by a district court in California and the other one by the U.S. Supreme Court. The first blow was dealt to the publisher of Hustler on Friday. Judge A. Mendez dismissed a lawsuit by Flynt which was designed to attack California’s Gambling Registration Act. The legislation that regulates ownership of casinos and gaming licenses was attacked by Larry Flynt’s casino operations and two other California based casino operators, Haig Kelegian Sr. and Haig Kelegian Jr.

In his dismissal of the case, Judge A. Mendez explained the situation: »Flynt and Kelegian, Sr. allege these laws made them forego lucrative business opportunities, including opportunities to purchase out-of-state casinos in 2014 and 2015. Kelegian, Jr. owned more than a one-percent interest in an out-of-state casino and the state made him divest it and fined him.« Mendez though argued before that the suit brought by Flynt and the Kelegians was not within the statute of limitations. Subsequently, Flynt and his partners tried to file a »First Amendment Complaint« but on Friday the judge put an end to that as well and threw the whole case out of court.

»The Plaintiffs’ obligation to comply with the June 12, 2014, decision and the state’s related investigations are a continuing impact of that June 2014 decision. They are not a new action by the state. Plaintiffs have not alleged a continuous harm, so their claims are time-barred. The Court also finds that any further amendment would be futile and, therefore, grants Defendants’ motion to dismiss with prejudice.«

While this suit was about the past and merely a moon shot, the decision by the U.S. Supreme Court on Monday will be much more problematic for Larry Flynt. Next to his publishing and casino ventures, Flynt is also the owner of the Larry Flynt’s Hustler Club which is running several restaurants. Flynt’s restaurants claimed that they were not required to collect and pay a 4 percent »place of amusement« admission tax. The tax applies to locations where food and drinks are sold merely incidental and the main reason for visiting the club is performances like dramatic or musical arts performances. Women stripping though falls under this umbrella so Larry Flynt’s clubs are not tax exempt from the place of amusement admission tax.

Several lower courts decided against Flynt’s companies seeking an exemption based on the ground that they are really mainly restaurants. By now the case is about millions that Flynt’s restaurants would owe the state. And the Supreme Court handed Larry Flynt a huge bill now. It gave no reason for denying the exemption but as the Supreme Court is the highest court in the US the state can now go forward and collect the taxes from Flynt’s Hustler Clubs.