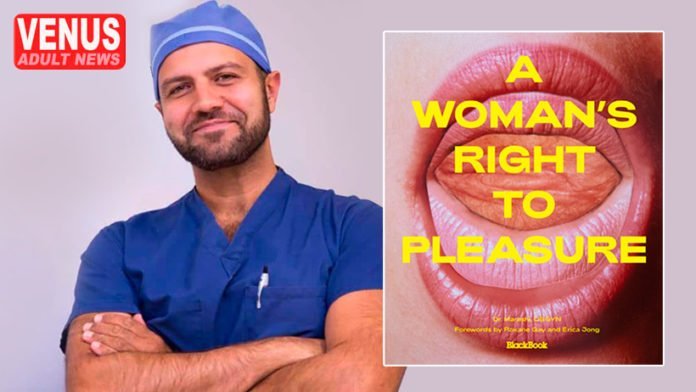 The Swedish sextoy producer and VENUS exhibitor LELO has teamed up with BlackBook Publishing and Dr. Amir Marashi to launch a book on female sexuality. The expertise of the Swedish experts on orgasm speaks for itself after years of success in the high-end range of the market. With »A Woman’s Right to Pleasure«, the company once again points out the social relevance of lust.

The publishing house BlackBook has teamed up with the Swedish sex toy manufacturer LELO to publish a book on female lust. The book »A Woman’s Right to Pleasure« has 270 pages and features works and contributions by over 60 authors and artists who deal with women’s lust and feminist activism.

According to the publisher, LELO was chosen as a partner for the book because the company stands for the fusion of lust, design, lifestyle and female sexuality like no other for over a decade.

Sara Kranjec Juki, Global Brand Manager at LELO, said of the book, »When it comes to human sexuality, there is no room for division or shame, only pleasure. This has been a guiding principle of our company since its founding, and we are so honored to further support this mission via  ‘A Woman’s Right to Pleasure’.«

The book will be promoted in cooperation with the platform Artsy through a special online exhibition and auction. Ten percent of the proceeds will go to the non-profit organization Girls Inc. As a further substitute for the readings and book presentations that normally accompany book publications, the team has come up with several video talks with the book’s contributors on the website AWomansRightToPleasure.com. LELO products will also be promoted there.

A podcast has been launched to introduce and explore the book’s themes and contributors.

The book will be available on August 20 through all major book distribution channels, including the LELO website.