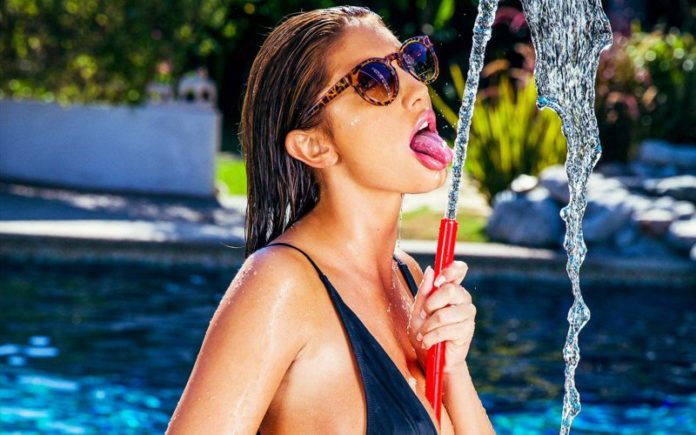 LAS VEGAS, Nevada – Velvet ropes and beefy security guards line the perimeter. To enter, you must first be admitted and then ascend a few steps—just enough to elevate those within above the crowd. Inside is a world unto itself: a plethora of gorgeous, busty women in matching outfits sign autographs, chat with fans, and lounge about the booth. Towards the back is an open bar slinging “sex on the beach,” a cheeky nod to the AVN Adult Entertainment Expo, and the Vegas backdrop. In addition to its stunning stars and tasty libations, no other area boasts photo booths, gold couches, trophy-lined walls, and a giant tower of customized cupcakes—each treat frosted with the company names: Blacked, Tushy, and Vixen. Hundreds of porn-loving convention attendees pause to gawk at the scenery, which is decidedly more Hollywood Hills’ sexy soiree than XXX marketing activation.

“When we started the company the odds were against us,” Lansky tells The Daily Beast. “I thought there was a market for high-quality adult entertainment. It’s about finding that line between boring and ridiculous, riding that sweet spot. If you need to push the envelope that far I respect that, but it usually means you’re trying too hard, in my opinion.”

“Our company is three years old and this is the first year we’ve had a booth [at AEE],” he continues. “Two years ago it was three people: me, my wife, and my partner. That’s it. In a home office. We grew rapidly.” 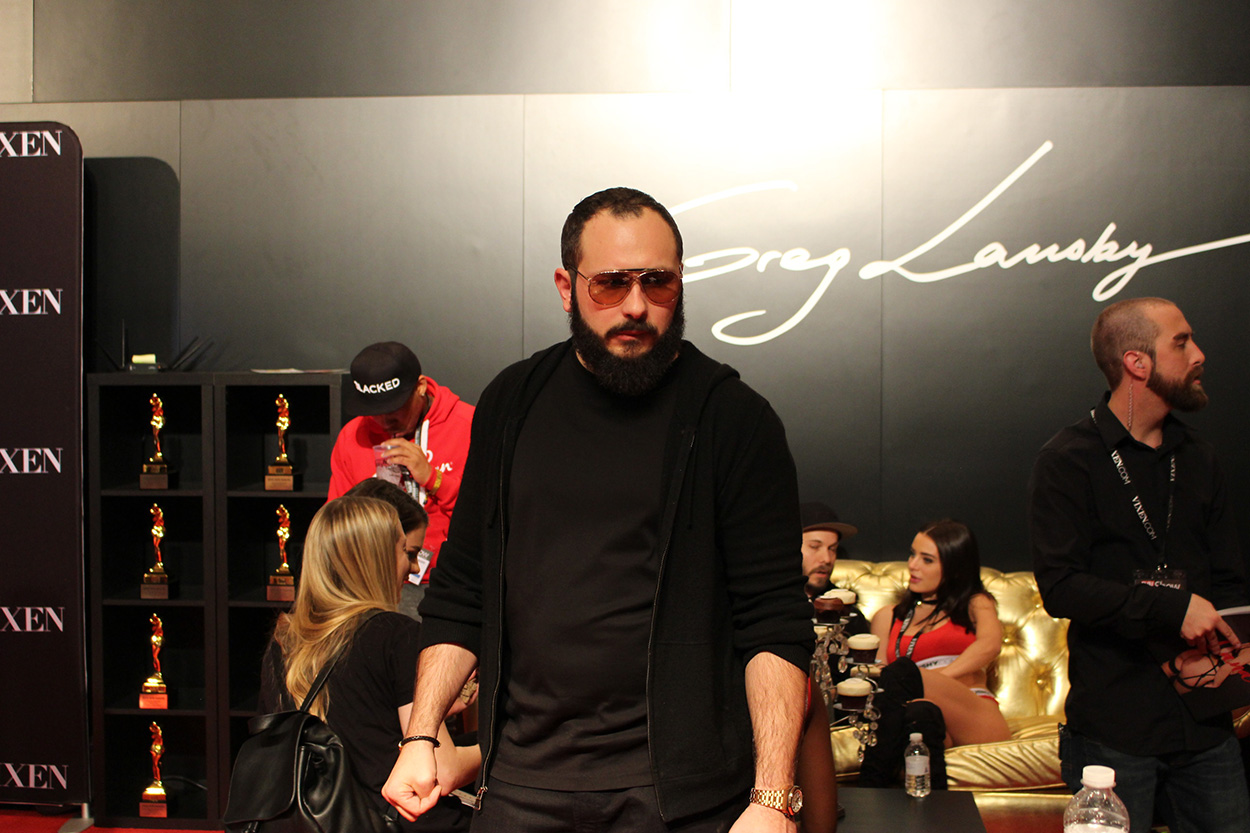 “It’s important to show that we don’t invest money back into stupid ads or into creating cheap content. We invest it into creating better content for fans and we invest it back into the adult industry and into this booth,” Lansky says, motioning his arm across the room, “a beautiful platform for adult performers to express themselves.”

Lansky dodges trends by applying his own distinct vision: focusing on the era of adult entertainment he grew up watching, a throwback to the more glamorous, high-profile days of adult. It’s a theme clearly reflected by his booth at AEE, with the company’s female performers outfitted in carefully matched pink robes, sporting impeccable makeup, and flanked by a line of security guards. “Our goal is to make the adult performer feel proud about what they do. You don’t need to interrupt people, you don’t need to force it down their throats. If you’re remarkable, they’ll talk about you,” he says.

Social media is the future of business, advertising, and marketing. For an XXX company, that can prove to be a particularly murky landscape, but Lansky has chosen to take a more subdued approach in an effort to reach a wider audience. “Adult companies need to learn to have a digestible social media presence—one that is safe for work, safe for the audience that wants to enjoy the brand. If they want to cross that border for graphic 18+ content they can click a link,” says Lansky. “We almost have to have two brands within one: one that is safe-for-work and one that is not.”

One area he’s implemented this new strategy is Instagram, where his trio of sites have over a half million followers combined. The Instagram accounts are no-nudity, complying with the social network’s standards. “A year ago, I decided to change things up and make everything safe-for-work,” says Lansky. “I believe people can enjoy an adult brand and adult performer without pushing it that hard. [There’s] no nudity, basically everything that Instagram allows.”

“I try to create a product that the adult performers are inspired by, that they feel proud of, and the promotion does itself,” he adds. “It’s not a complicated strategy.” 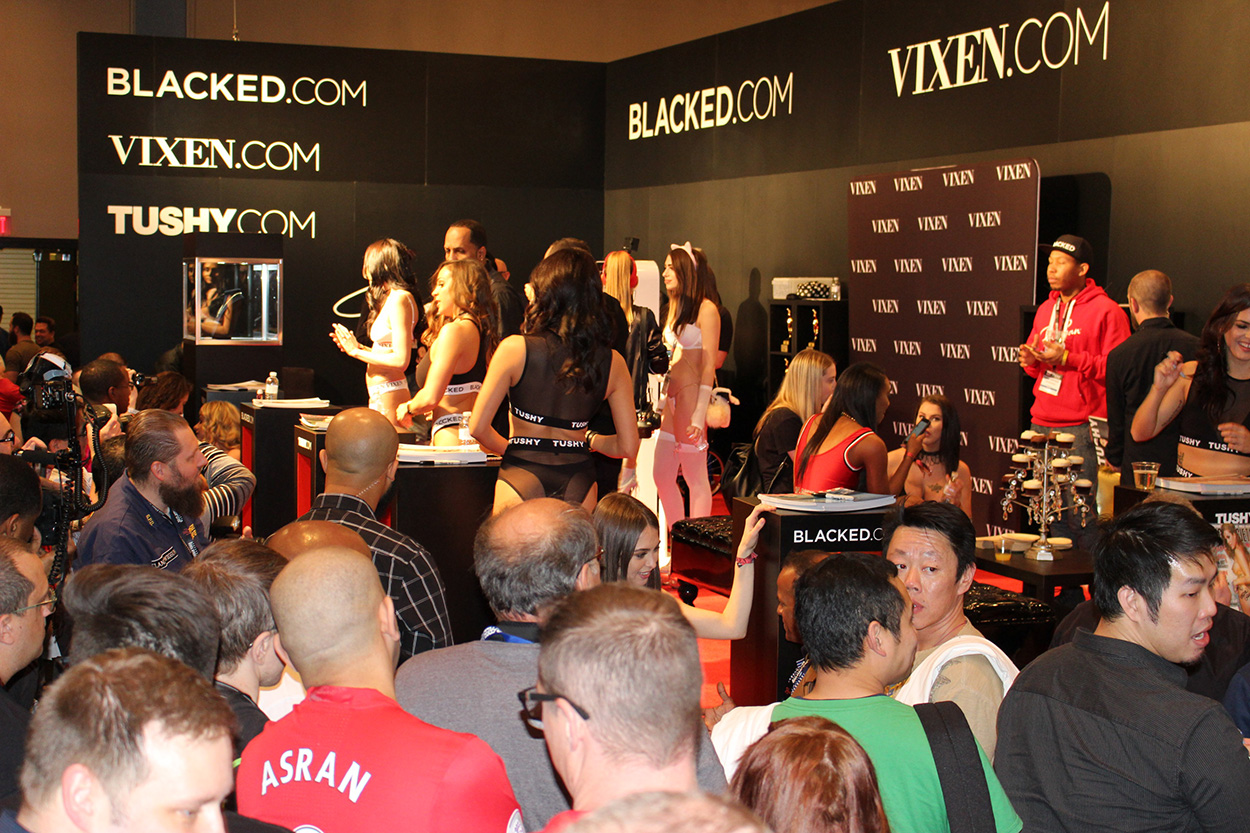 And yet, like every other adult company struggling to stay afloat, piracy continues to be an issue. Lansky’s companies are not immune to the problem, yet he’s chosen to face the matter head-on. “We have a full team doing grunt work, getting those videos taken down,” he says. “We have a reputation in the industry that we will not take this kind of abuse. We will pursue anyone who steals our movies, but no one can stop piracy.”

Oddly enough, Lansky did not set out to appeal to the masses—quite the opposite. When he ventured into this business his goal was to entice those on the fringe, the people passionate about adult entertainment who were not being serviced. “We’re not for everyone but I don’t want to be for everyone. I don’t want the people in the middle. I want to be for the people on the edges, interested in quality,” says Lansky. “The masses are very good at ignoring everything today. Tube sites are average content for average people. I wanted to make remarkable content for passionate people. I knew if we did it right and respected our customers, our content would spread.”