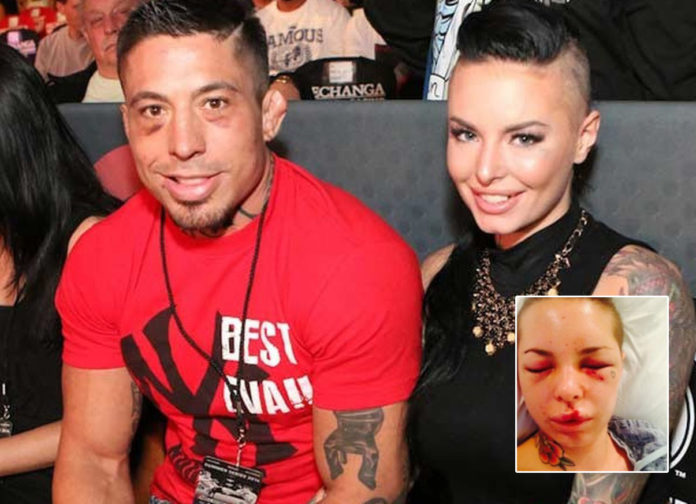 Jonathan Koppenhaver is alleged to have beaten Christine Mackinday into a pulp and strangled her friend Corey Thomas to within an inch of his life after breaking into his former girlfriend’s flat in 2014.

The fighter, who legally changed his name to War Machine in 2013, faces 34 charges including five counts of sexual assault and two of attempted murder.

A judge has ruled evidence the couple’s discussion of rape fantasy can be heard in court after hearing Koppenhaver, 34, often bragged: “Real men rape.”

The Las Vegas Review-Journal reported that Mackinday told a defence lawyer at a hearing on Thursday: “That was a joke between us. That was a pretty common slogan for him to say, and yes, I would repeat it back to him.”

She added: “I did actually ask him to play out a rape fantasy one time, but it never came to fruition.”

She toold the court the fantasy would have included a “very specific set of guidelines and rules would be set down and laid out before the acts are actually done, for safety reasons and consent reasons.”

Mackinday, 25, added: “I wouldn’t want to have an actual rape happen.”

She said that at Koppenhaver became violent when she did not want to have sex with him after returning from a shoot.

During those outbursts, which happened about once a month, the professional fighter hit, strangled and forced her to have sex with him, she said.