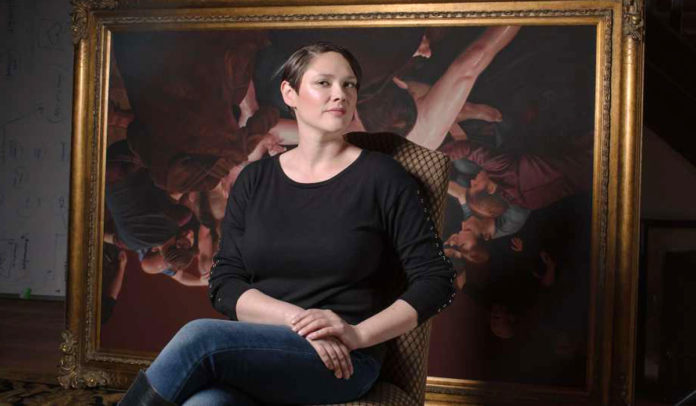 The company’s new CEO, Alison Boden, started her career in the industry in 2003 with a sex toy home party business model. She remained in the adult working in different roles in project management, marketing, IT and technology. She was Kink’s Vice President of technology for eight years.

Commenting on becoming Kink’s CEO, she said: »I’m honored and grateful to Peter for this extraordinary opportunity to lead Kink into the next chapter of its incredible story. Under his leadership, Kink has set the standard for ethical adult entertainment and I am wholly committed to carrying those values forward while growing our brand, our influence, and our audience.«

Kink became famous for its ethical treatments of its performers and talking about the complex issue of ‘consent’ in adult while consistently pushing the limits of what could be done. Princess Donna and Lorelei Lee, who both started out on the legendary BDSM site Insex became the leading female stars of the studio, while male performers James Deen and Steve Holmes also became international stars thanks to their work for Kink.com. Revolutionary formats like PublicDisgrace and several documentaries (one by Hollywood actor James Franco) about the studio further solidified the exceptional standing of the company within the scene and abroad.

According to Acworth Alison Borden played a key role during the transition period for Kink.com. The lavish production studio at the San Francisco Armory was moved, and a shift in strategy towards a more distribution-focused company was also spearheaded by Borden.

Acworth said: »Alison was instrumental in the development of our new content platform. If there is anyone who can reinvent Kink.com for the new Internet which is awash with free content, it is her. She’s smart, driven and has depth of experience that’s hard to match in the industry. I’ve relied on her judgement and intuition for many years, and I’m excited to watch the company grow under her leadership.”