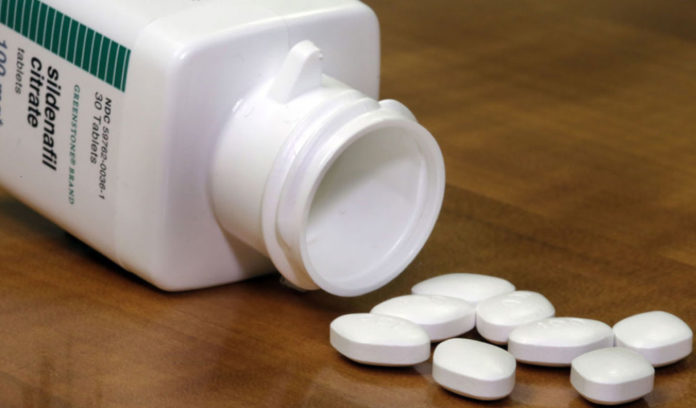 Nearly 20 years ago Viagra came onto the market and gave relief to millions of sufferers of erectile dysfunction. For its manufacturer, the pharmaceutical behemoth Pfizer, the global blockbuster meant two decades of ever-growing revenue. With its patent becoming eligible in the US for the production of cheap generic competitors, Pfizer now announced a generic Viagra of its own, slashing half of the magic pill’s cost.

The iconic blue pill giving back confidence and a healthy sex life to millions of customers worldwide will get a companion: a generic Viagra by Pfizer colored in white. The low-cost version of a 100-milligram pill of Viagra will be $32.50 instead of 65$ for the blue original. Pfizer is trying to protect one of its most valuable assets, still generating more than 1.5 billion in annual sales.

The generic version will be marketed under the pharmaceutical name »Sildenafil Citrate«. The move by the 168-year-old company Pfizer comes in the wake of its patent becoming open for competitors. For now, though the Food and Drug Administration licensed only one other company to market a generic version of the drug, the Israeli pharmaceutical company Teva.

The floodgates are open though and Pfizer’s revenue for the drug will probably take a huge hit. Experts expect a price war for the wonder drug making it likely that the price point for Sildenafil will come down as much as 90%.

Pfizer already lost its patent protection in Europe in 2013. Generic Viagra has been sold for several years and in Great Britain, it will be available as an over-the-counter drug without the need for a doctor’s prescription. Therefore a generic by Pfizer is already on the market in Europe at a much cheaper price than the new generic will be in the US.