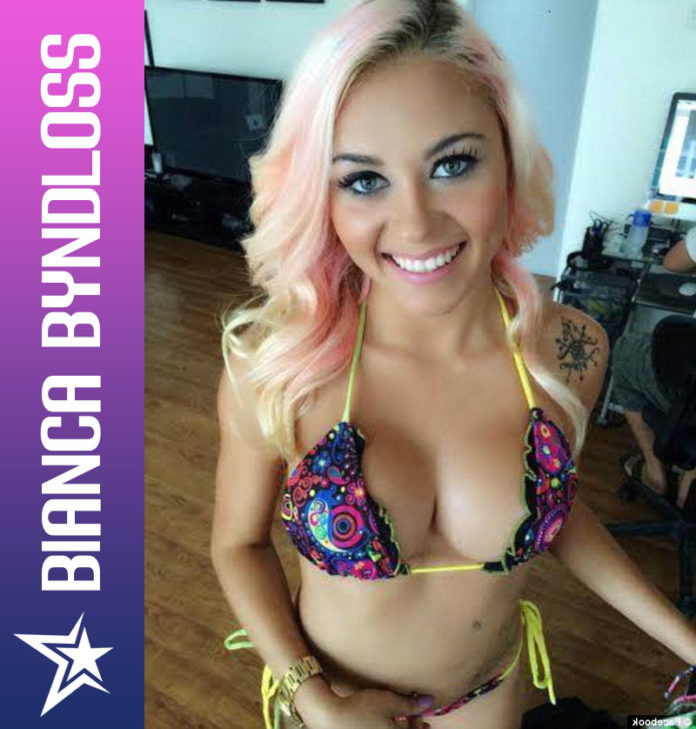 According to court records, Bianca Byndloss this month copped to her involvement in the May 2014 incident at the Miami home of a male acquaintance.

Seen at right, Byndloss was initially charged with multiple felony counts of lewd and lascivious battery on a child and promoting sexual performance by a child. She pleaded to reduced felony raps, including child abuse.

During a December 1 Circuit Court hearing, Byndloss was fined $754 and placed on probation until 2026. Two male co-defendants, both of whom were 18 at the time of the sex party, struck similar plea deals earlier this year and were each sentenced to 10 years probation. A fourth defendant, a 21-year-old woman, was sentenced to five years probation.

According to cops, Byndloss and her co-defendants “engaged in sexual acts” with the victims, who were 14, 13, and 12 at the time. Byndloss, investigators alleged, transported the minors to the home where they later drank vodka and gin, took Xanax, and had sex.

During a police interview, one of the victims said that the group had also partied at a Miami Beach hotel, and that Byndloss and a male co-defendant had sex in a bathroom with the 12-year-old victim.

Since striking her plea, Byndloss (seen at left in a post-sentencing mug shot) has made no mention of the case’s settlement on her social media accounts. In addition to her blog and Tumblr page–both of which are filled with explicit photos–Byndloss has a Twitter account with 107,000 followers.