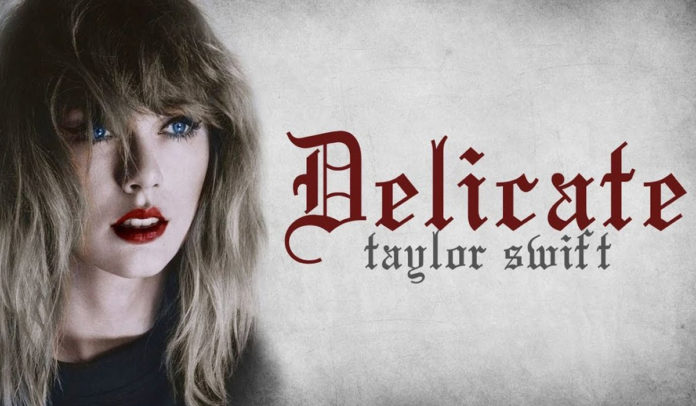 Within its first 10 days, the new music video by Taylor Swift has reached more than 52 million views on YouTube. The song seems to head towards a mega-hit. Several memes with scenes from the clip are already going viral on social media platforms. »Delicate« is the newest song from »Reputation«, the 2017 Taylor Swift album that sold more than 2 million copies worldwide.