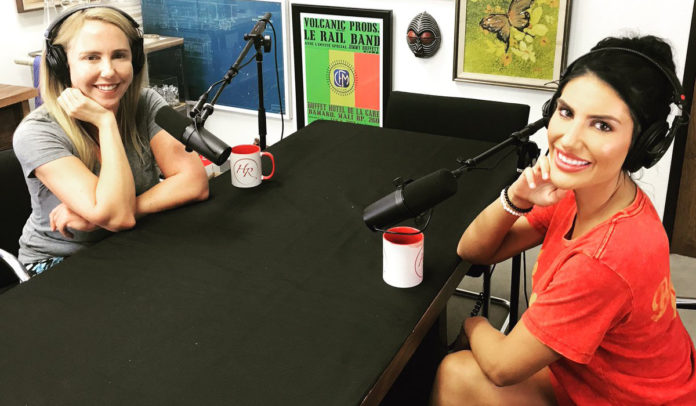 Ames said: »Some days I’ll be fine and if I’m not doing anything I’ll get these awful flashbacks of my childhood and I get very depressed and I can’t get out of bed and cancel my scenes for like a week or two.«

In the interview with Holly Randall, August Ames said that her mother was bipolar and that she herself was molested by her grandfather. After her father refused to believe her claims she had to live in a group home at age 12.

She said she had difficulties finding a therapist because of her profession. »I would get in contact with some people and then I would feel bad because they’d be like ‘what’s your profession and I’d be like ‘oh I’m in the adult industry’ and then I’d feel like they’re like ‘oh that’s the whole reason that you are the way you are’ and then I’d get turned off.«

In an interview with AVN her husband, director Kevin Moore, said »She was the kindest person I ever knew and she meant the world to me. Please leave this as a private family matter in this difficult time.«

Reactions to her death came from every part of the industry, she was well-liked.

Bree Mills wrote: »What a sad day. Let us remember social media can (and should) be a great place for discourse…but it can also have a tremendous impact. There has been too much negativity in the past few months, with infighting & subtweets. Let’s cool it and support one another instead.«

Abella Danger added: »Beautiful girl, I wish this was all some messed up joke. You’ll never EVER be forgotten. Your energy was one of a kind, gone WAY too soon I still can’t even believe it.«

Jules Jordan tweeted: »Rest In Peace to August Ames. One of the best, nicest people I ever knew in the business.«