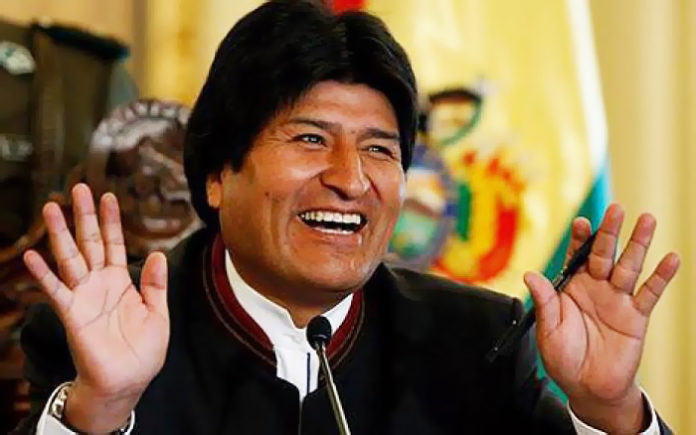 The Bolivian president was in a session with international lawyers when he suffered this ill-timed bad luck.

In a bid to salvage the highly embarrassing situation, Evo Morales tried to quickly switch off the sound but his attempt sent the phone flying from his hand to the floor. The South American leader was left with no choice and was forced to rise from his seat to pick up the erring device which was still blaring the moans.

Roars of laughter could be heard from the attendees who did little to help him live down the ‘incident.’

Evo Morales is the first president from the indigenous population of Bolivia and the bachelor caused a raucous when he made his older sister first lady after he was elected into office. He however has three children with three different mothers.