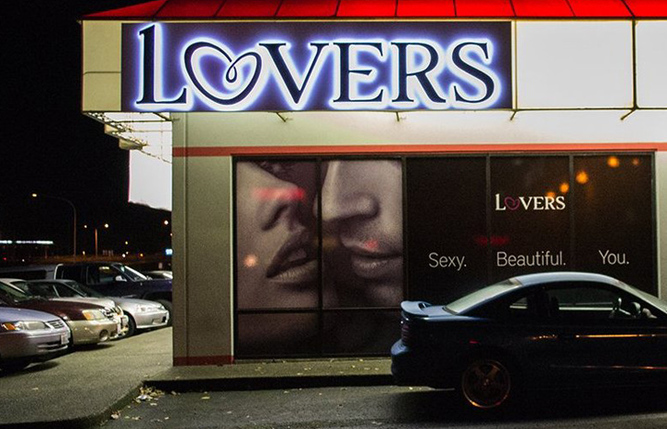 Peekay Boutiques has 20 stores in Washington state and another two dozen from California to Iowa. Many, like this one in Tacoma, are under the Lovers brand. (Peekay Boutique)

The chain, founded in 1982 by Phyliss Heppenstall as a family business, has been owned since 2012 by private equity investors who borrowed heavily to acquire several regional retailers in hopes of building a national franchise. It does business under four names: Christals, Lovers, ConRev and A Touch of Romance.

The company’s debts to its primary lenders, originally $38.2 million, have since grown through unpaid interest and fees to nearly $52 million, according to the Chapter 11 filing by Peekay Acquisition in bankruptcy court in Delaware.

The owners of the various retailers that were acquired also provided seller financing totalling $12.7 million, which has grown to $19 million due to unpaid interest.
Peekay filed papers for an initial public offering of stock in 2015, showing it was losing money because payments on the debt were larger than its profits from selling sex toys, lingerie and other products. It abandoned that IPO plan the following year and has tried in vain to find a buyer or restructure its debts outside of bankruptcy. The last straw apparently was a second effort at consummating a deal with one unidentified suitor, which was dropped last month.
According to the documents, the largest lenders have agreed to bid up to $30 million (as a credit from what they are owed) to buy the chain’s assets unless a higher offer materializes.
A declaration by chief restructuring officer Albert Altro says the goal is “to maintain the business as a going concern, thereby perserving hundreds of jobs.” In a press release, Peekay CEO Lisa Berman said the company also intends to implement “an aggressive online e-commerce strategy to tap into the growing number of customers who purchase their sexual wellness products through the internet.«