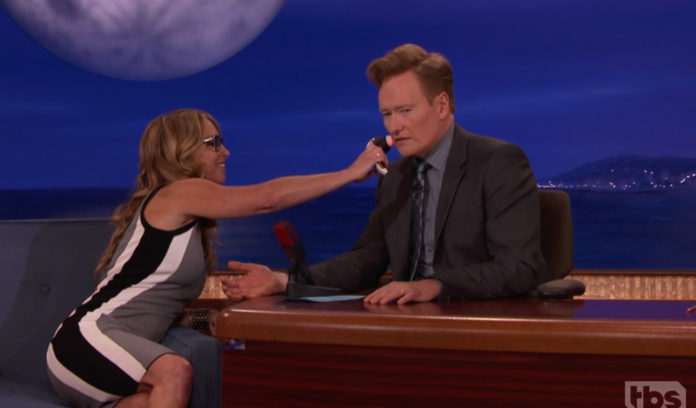 Conan O’Brien talked to sex expert Dr. Jennifer Berman, one of the hosts of The Doctors. The legendary talk show host was curious enough to let Berman use a sex toy meant to help women to reach orgasm easier on his face.
Dr. Jennifer Berman, the 52-year-old sex expert and urologist from Beverly Hills, taught Conan O’Brien a lesson in contemporary sex toys. One of the toys she tried out on the host was the Womanizer Plus, produced by epi24. She put the sex toy on O’Brien’s cheek and hands and explained how the stimulation from the device helps to pleasure the clitoris for orgasmic pleasures.

O’Brien looked slightly ironic but maybe he was just trying to hide his excitement. »I’d pay as much as $99.99 for this!” he declared.

A second product, the Womanizer 2Go, was also featured on the show. Berman tried this tool on O’Brien as well. At first, he tried to joke it away but decided to land on another joke instead: »That’s ridiculous, that doesn’t look anything like … ohhh, mmm, pleasurable.«

And companies that manage to place their products on programs that get airtime worldwide should be applauded. So if you are working for a sex shop maybe you should check if you have products from epi24 and Chakrubs in store.