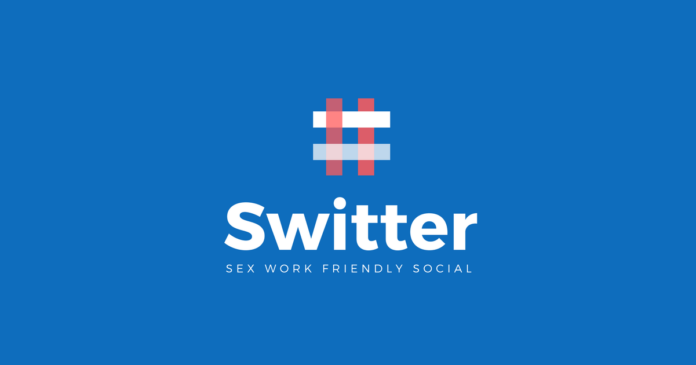 The legal developments in the US seem to head towards more restrictions on the sex industry. A new social media platform called Switter wants to fight back. The company has its serves in Australia and its domain registered in Austria. Will more services follow that path of emigration?

The new social media platform is called Switter and stands for »sex worker« and is aggressively alluding to »Twitter«, one of the few social media giants still open for adult themes. With SESTA though changes in Twitter’s policy are to be expected.

As it is, Twitter shadow-bans adult themed accounts and makes it more difficult to view adult profiles. Tumblr chose a similar path, while Facebook, Pinterest, and Instagram have a complete ban on all adult content. After Microsoft’s announcement to ban all adult content from its platforms the same will probably apply to Skype, an important tool for many direct to user performers.

The passing of SESTA makes sex workers worried that the already bad situation might become really dire. That is why the Australian company Assembly Four joined forces with sex worker Lola Hunt to develop Switter, a social media platform specifically dedicated to the adult community and sex workers.

Switter is based on the open-source social network Mastodon. As sex work is legal in Australia US legislation won’t be able to affect the platform. Eugen Rochko is the founder of Mastodon. In an interview he said: »Twitter, Reddit and other sites are starting to ban sex workers from their platforms, while Switter is not affected (….) Mastodon also does not have any built-in tracking, doesn’t enforce real name policies, and doesn’t’ ask for any personal information for your profile.  … Unlike other platforms, it doesn’t employ dark UX patterns to get you to reveal more info about yourself.«

Lola Hunt thinks the industry has to stick together and fight for the rights of its members to openly express themselves and market their services. She says every sex worker is »coming from a community which is so often misrepresented in the media and criminalized in many places — it is extremely important for us to take the lead in innovation. We often have people outside of the industry come in with band-aid solutions formed by a lack of in-depth knowledge of sex work.«

Directly after the passing of SESTA the community grew fast to 8,000 members, a clear sign that the need for a new platform has been felt by many. Lola Hunt seems to be convinced that Switter will become a safe haven. As such the new social media platform intends to remain ad-free. Hunt says: »We want to keep this platform as accessible as possible. … This was a side project we put together purely to ensure we don’t lose the community if Twitter took action. We are aware that there will be increasing costs as we expand but our approach would more align with donations from the community rather than charging people.«

With a new round of headlines worldwide Switter’s success will depend on growing fast to become a true alternative to mainstream social media sites. The move towards alternatives in itself is self-defense though and might further indicate that the Republicans’ agenda of pushing adult voices and themes out of the public discourse, out of mainstream media might be successful.