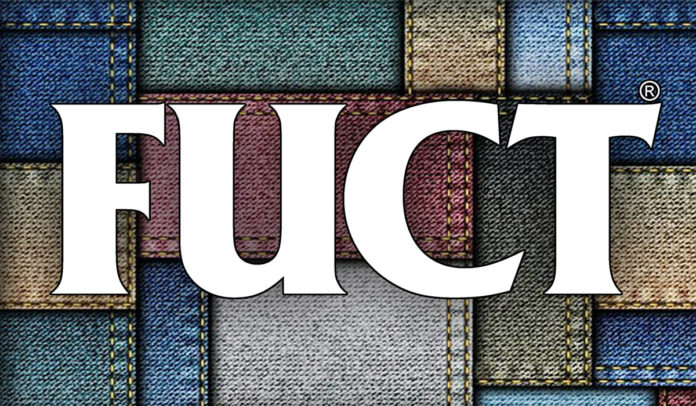 The registration of sexually explicit trademark names is forbidden in the US. That might change as a lawsuit is making its way through the court system. It now appears likely that the provision barring explicit names might be violating the right to free speech.

The Federal Circuit Court of Appeals just decided in a 3 to 0 ruling that the country’s laws barring sexually explicit trademark names violate the right to free speech. This might lead to a fundamental change in the U.S. Patent and Trademark Office’s policy to grant or deny trademarks.

If the decision holds it will also create a vast flood of trademark registrations for names that up until now have been considered immoral or indecent. The case in question was filed by a streetwear label called Fuct. It was founded in 1990 by Erik Burnetti.

The company’s lawyer, John R. Sommer, argued that sexually explicit language can be protected under the right to free speech. The goal was to reverse a decision by the U.S. Patent and Trademark Office rejecting the application for a trademark by the company.

The decision by the court effectively said that while the company’s name might be vulgar the government should not try to police speech. The court said: »We find the use of such marks in commerce discomforting, and are not eager to see a proliferation of such marks in the marketplace. There are, however, a cadre of similarly offensive images and words that have secured copyright registration by the government. There are countless songs with vulgar lyrics, blasphemous images, scandalous books and paintings, all of which are protected under federal law. No doubt many works registered with the Copyright Office offend a substantial composite of the general public. There are words and images that we do not wish to be confronted with, not as art, nor in the marketplace. The First Amendment, however, protects private expression, even private expression which is offensive to a substantial composite of the general public. The government has offered no substantial government interest for policing offensive speech in the context of a registration program such as the one at issue in this case.«

One of adult entertainment’s most experienced lawyers, Lawrence Walters thinks that the decision clears the way to the registration of sexually explicit trademarks. »The prohibition on immoral and scandalous registrations never made sense to me, from a First Amendment standpoint, and now the Federal Circuit has put the final nail in the coffin on that form of government censorship. The court correctly found that this restriction on speech could not survive either the strict scrutiny test or the intermediate scrutiny test, given the lack of any compelling or substantial government interest.  Judge [Timothy] Dyk, in the concurring opinion, would have narrowed the scope of the prohibition to limit only ‘obscene’ marks. This is striking since it suggests that Judge Dyk believes a word, itself, could somehow be obscene, under the Miller Test.  Fortunately, that opinion did not carry any of the other judges. Potentially, the USPTO could try to seek rehearing or review by the U.S. Supreme Court. But given the strength of the opinion, and its reliance on the Tam case already decided by the Supreme Court, the prospect of a reversal looks unlikely.«

In short: in the future we might be looking at trademarks reading Suck & Fuck TM.