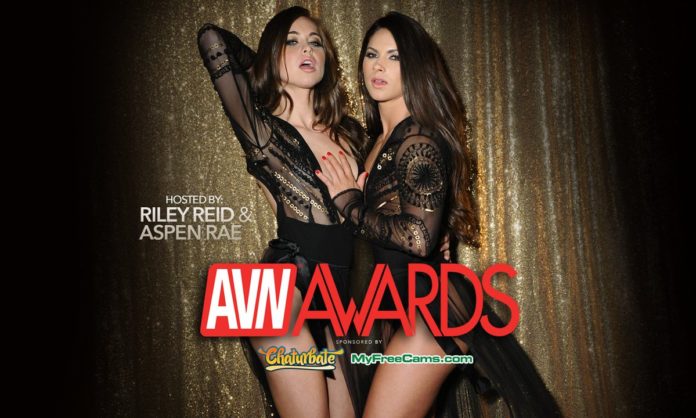 About 25,000 people are expected to attend the expo at the Hard Rock Hotel on Paradise Road. The expo begins Wednesday and will end Saturday.

Approximately 500 stars from the adult industry will participate in this year’s expo, according to show officials. The stars will take turns meeting fans, posing for photographs and signing autographs during the three-day expo.

The expo will also feature 200 exhibitors showcasing their products and services and live entertainment, including a burlesque show, performances by Mistress Cyan and Lady Remedy Ann Fetish, and the X Rocks Dance Revue.

Wicked Pictures will present the popular “Sex Is…” program which will take place Wednesday through Friday. Both fans and trade attendees will be able to attend the educational and entertaining dialogue about adult filmmaking, performing, sex toys, sexual education and much more.

General admission tickets for one day start at $80. Click here for tickets.

The expo leads up to the AVN Awards Show, the premier gala of adult video and recognizes titles, individuals, and companies for contributions to and excellence in the industry, on Saturday. The awards show is taking place in The Joint at the Hard Rock and tickets start at $175.

In addition to the expo, there will be multiple events at the Hard Rock and around town.

The 2017 AVN Novelty Expo will feature more than 40 of the biggest companies in the adult toy and novelty industry. ANE will be located in the newly expanded convention hall of the Hard Rock and will be exclusive to trade badges Jan. 18 through 20. The expo will feature adult toys, lingerie, lotions, supplements, gifts, games, sex furniture, cosmetics, condoms, aphrodisiacs, accessories and more.

AVN’s official opening party will take place inside Vanity Nightclub at the Hard Rock on Jan. 18. Vanity will also host the 5th annual Adult Star White Party on Jan. 20 and the AVN Award Official After Party on Jan. 21.

In addition, AVN’s Saint & Sinners Party will take place on Thursday at Culinary Dropout at the Hard Rock Hotel. All attendees to the parties at Vanity and Culinary Dropout must be 21 years of age with valid identification.

The Light Nightclub at Mandalay Bay will also host an opening party on Jan. 18 with Aria Alexander, Kleio Valentien and Stella Cox and the Foundation Room will host the AVN Show Party with Tori Black & Friends on Jan. 20.

Centerfolds Cabaret Las Vegas will host after parties Jan. 18 through 21. Savana Styles will party with her friends and fans on Wednesday; Inari Vachs will attend on Thursday; AVN Hall of Famers and former Playboy model Brittany Andrews aka DJ BritStar willl perform on Friday; and Bobby Dylan will be at Centerfolds on Saturday.

Adult superstar Alexis Texas will host the U.S.A. Twerking Championship at Sapphire Gentleman’s Club from 6 to 9 p.m. Jan. 20. Twerkers from all over the U.S. will bounce, pop and juggle for a chance at the $3,000 cash grand prize. There will also be cash prizes for 2nd and 3rd place. General admission is $50 for spectators (includes one drink ticket).

The adult film actresses will be joined by Los Angeles power mixer, DJ P-Jay and resident DJ Shadowred on the turn-tables. Admission to the party is priced at $20 for ladies and $30 for gentlemen.