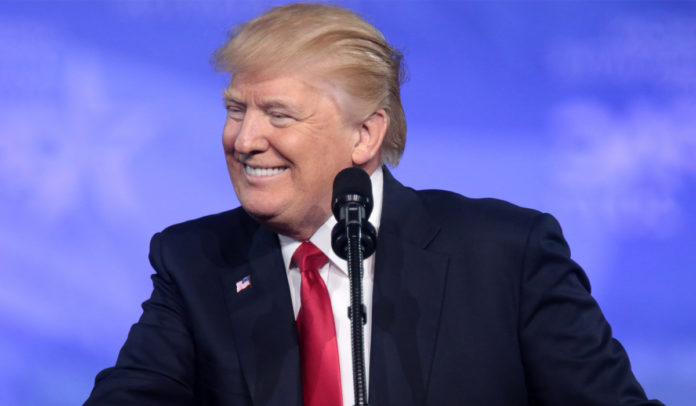 Donald Trump fired his entire panel on HIV/AIDS. The decision was announced without any reason. A few months earlier, the Presidential Advisory Council lost six members quitting in protest of the President’s ignorance on the subject. Apparently, they were right. Trump now fired all of the 16 remaining members of the panel.

HIV and AIDS remain a severe problem in the United States. According to CDC statistics, for Americans between the age of 25 and 34 AIDS-related illnesses still remain the eighth leading cause of death.

The White House delivered no reason for the sudden firing of the remaining 16 members of the Presidential Advisory Council on HIV and Aids. Scott A. Schoettes, one of the former members that resigned last June used Twitter to comment on the firings.

»Dangerous that #Trump and Co. (Pence esp.) are eliminating few remaining people willing to push back against harmful policies, like abstinence-only sex ed.«

Gabriel Maldonado, one of the remaining members who got the boot last week argues that Trump didn’t do anything out of the ordinary as the Council’s panel often gets newly appointed when a new President takes over. »It is common for appointees to be terminated and for folks to kind of want their own people in.«

While that is technically true the timing of the firings was highly unusual as the replacement of former appointees normally would take place directly after an election not one year after the fact. So it remains highly likely that the Trump administration saw the remaining members as an obstacle for their new policy.

The priority for HIV/AIDS seems to be very low. The Office of National AIDS Policy remains without a new director and deep cuts have been planned for HIV and AIDS prevention programs. These cuts include funds normally used to fight the spread of the virus worldwide. All in all $800 million will be cut from HIV/AIDS-related programs.

While HIV infections are down compared to earlier years, the US still registered 40,000 new HIV cases in 2016. And minorities like African-American gay and bisexual men are still more likely to get an infection. Among Trump voting southern states the virus is especially problematic. These states have the highest rates of new HIV infections nationwide.