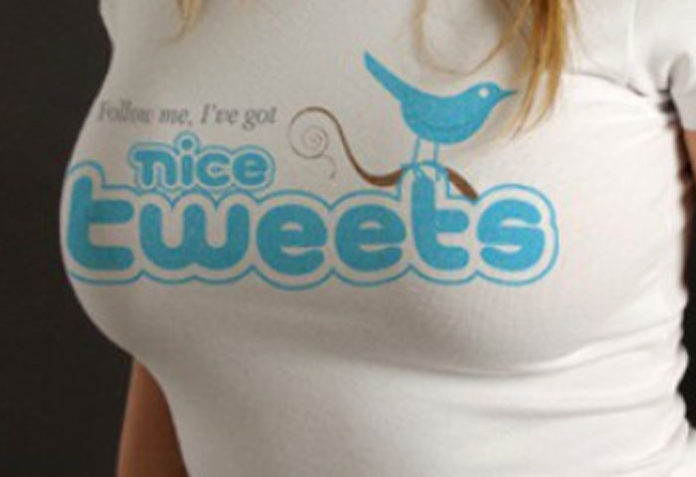 News yesterday that former New England Patriots player Aaron Hernandez reportedly had committed suicide sent the murderer’s name to the top of Twitter’s “trending” list. Clicking on it brought back a string of tweets that was positively littered with graphic pornography.

(I’m not a prude or anti-porn, I just don’t want to see it on a social media platform I use for work … and that my teenage kids use, too.)

At the time Hernandez was trending, so, too, was the actress Julia Roberts. I clicked on her name and the returned results were with a single exception porn-free. Make of that what you will. 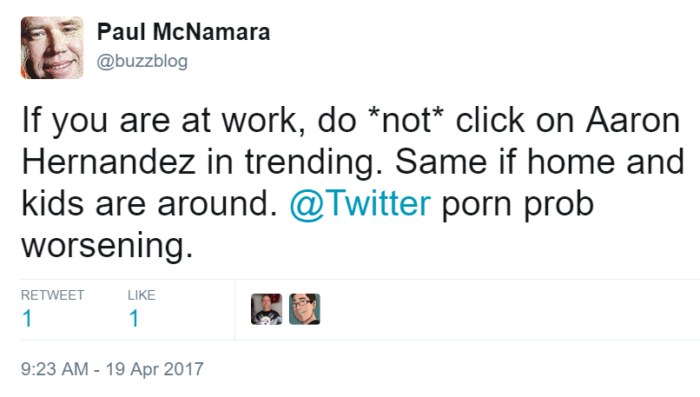 It’s getting worse – at least according to my eyes — and Twitter needs to do more to fix it.