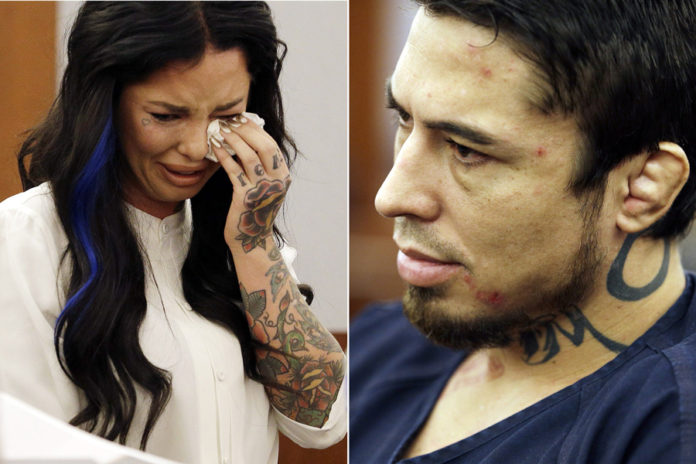 LAS VEGAS — A jury has found War Machine guilty on 29 felony counts stemming from an attack on adult star and ex-girlfriend Christy Mack and her friend in August 2014.

Jurors agreed to convict on 29 of the 34 charges but were deadlocked on two of the counts. He was found not guilty on two charges.

The jury was unable to reach a verdict when it came to the charge of attempted murder of Mack and friend Corey Thomas.

War Machine was acquitted of burglary with a deadly weapon, sexually motivated coercion and battery with intent to commit sexual assault.

In the August 2014 attack, Mack sustained a broken nose, a blowout fracture to her eye, broken ribs, two broken teeth, a lacerated liver and bruises.

Mack spent eight hours on the witness stand, telling the jury she was beaten and raped by War Machine in the months before his confrontation with her and Thomas.