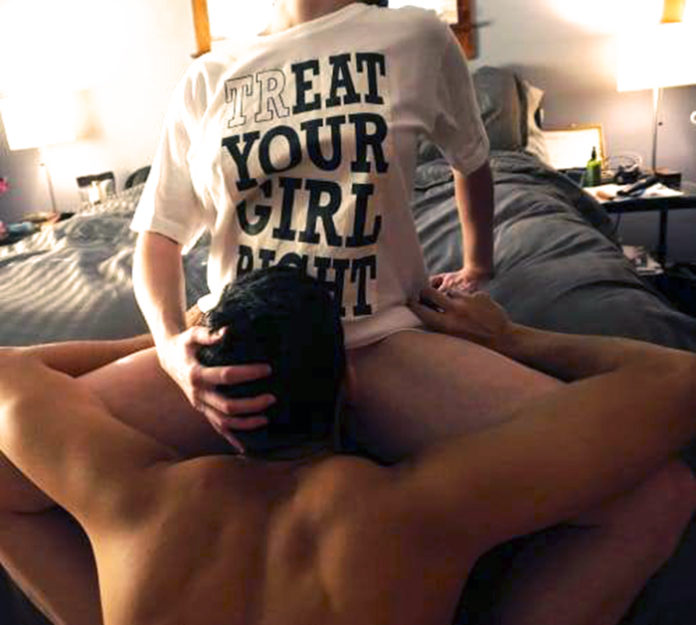 Bellesa was built on the notion of talking about it. We talked about it unapologetically. We talked about what kind of a misogynistic mindfuck it was to open up your average tube site and have to sift through facial videos and voice popups from the “sexy 18-year-old Russian next door who wants to suck your big hard cock”. Huh? I don’t have a big hard cock. Or any cock. I’m a woman. Maybe I’m not supposed to be here. Okay, maybe I’m just in the wrong place. What if I just…click here on this…oh, virgin schoolgirl gets punished by step-daddy. Okay. Shit’s weird. Get me out of here.

So many women with whom we spoke experienced a very similar feeling. Exclusion. Pornland felt like this creepy, chauvinistic space where storylines are sketchy AF (or non-existent) and men pay very little attention to female needs or desires. Listen, it makes sense. The entire industry is basically run by men, for men. As a result…the camera tends to embody the shit out of the male gaze and neglect that of the female. Women are shown constantly catering to the fantasies of faceless men.

The overwhelming portion of what’s available online promotes major misunderstandings of what women actually want in bed. This sucks for everyone. It also encourages a condescending (and dangerous) attitude toward condoms and breeds a total ignorance of foreplay.

This is the deal. We really, really believe that sexuality on the Internet should depict women as they truly are. We are subjects of pleasure, not objects of conquest. Bellesa’s mission, ultimately, is female empowerment. We want to give women a website unlike any other that they could use to explore their sexuality, unapologetically. We want to ditch the outdated stigma and we want to redefine sex positivity.