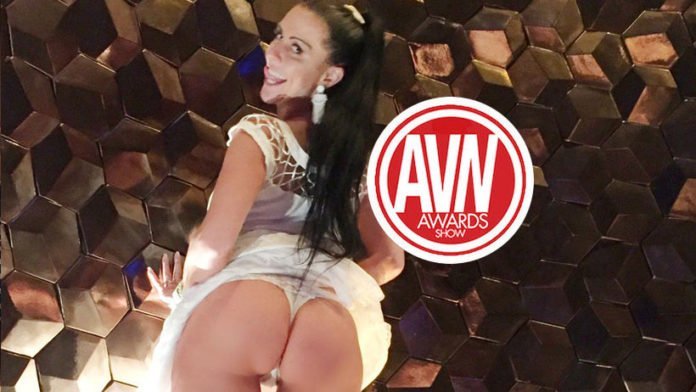 But even in absentia Texas Patti still won prizes. With her 10th VENUS Award, the breathtaking beauty can be sure that she is still loved and admired in her home country and sets a new record at the same time. No other performer has so many VENUS Awards to her name.

And of course, this couldn’t be celebrated without Texas Patti. That’s why Patti was streamed in via Facetime and was able to deliver an acceptance speech despite the parallel film shooting in California. And so she waited on the set with her colleagues Claudia Valentine and Tommy Wood for the result of the award ceremony. Patti delivered her speech naked and was visibly happy about the record-setting 10th award, celebrating with her colleagues on the Californian set.

The next big event for the actress is scheduled for 2020. Texas Patti becomes the face of AVN, probably the most influential adult fair in the world (after VENUS Berlin, of course). There, it’s time for her German fans to keep their fingers crossed. Will she also win at the AVN Awards? We hope so much and cheer her on from afar!