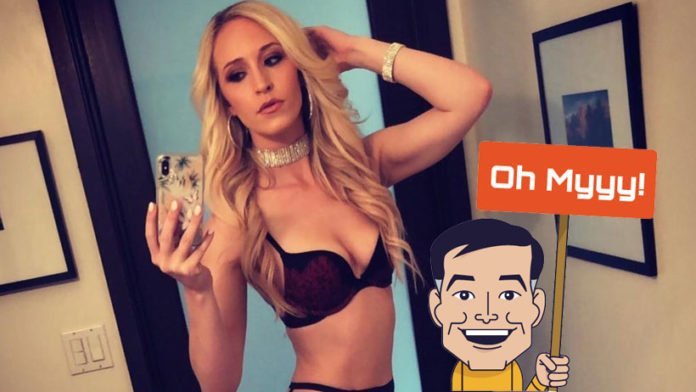 At some point last year, Ginger Banks decided not to accept inappropriate and harassing messages anymore. In a post she published on Twitter, she showed how she dealt with such direct messages. A screenshot of her chat window shows that she replied to the sender who sent her a dick pic: »It looks like a childs penis. I will report it.« She announced to her fans that from now on she would answer all unsolicited dick pictures sent to her in this way.

My new response every time I get an unsolicited dick pick. pic.twitter.com/s31SDJqpDl

The former Star Trek actor George Takei found the action a clever rebuke. So much so that he shared it with his millions of social media followers and helped Banks’ tweet going viral. He published her tweet on his massively popular Facebook profile and added: »Oh myyy – well played.« The headline to it might have contributed substantially to the success of the action. It read: »Adult Film Star’s Response to Getting Unsolicited Dick Pics is Pure Genius.«

Takei became famous in his role as Hikaru Sulu in the original version of the popular sci-fi series Star Trek. He has also resumed his role in the later Star Trek films. In the social media, Takei has been one of the best-known celebrities for years. More than 10 million people follow the actor on Facebook alone. Takei uses his global platform in particular for political activism and social commitment. For years he has stood up for LGBTQ rights and the reconciliation between Japan and the USA.

Now the two legends of their respective fields have met in person at the Phoenix Fan Fusion and talked to each other for a while. Banks is thrilled about the encounter: »We had a great conversation about our responsibilities as public figures and how it’s important to speak out for what is right. It’s not always an easy thing to do and sometimes there’s fallout, but speaking with Mr. Takei assured me it’s up to us to use our celebrity in this manner, and I just loved him for it.«

Online bullying is a massive problem for women

Many women around the world may also have appreciated Banks’ aggressive approach to cyber harassment. After all, millions of women fall victim to hate comments and sexist abuses every day, both in online dating and in the sphere of social media. Nevertheless, Banks is surprised at the widespread impact of her post: »I had no idea that I would get this overwhelming reaction.-It’s crazy and wonderful, getting all this love from so many people, and to have George Takei post it on Facebook? Oh, myyy!«