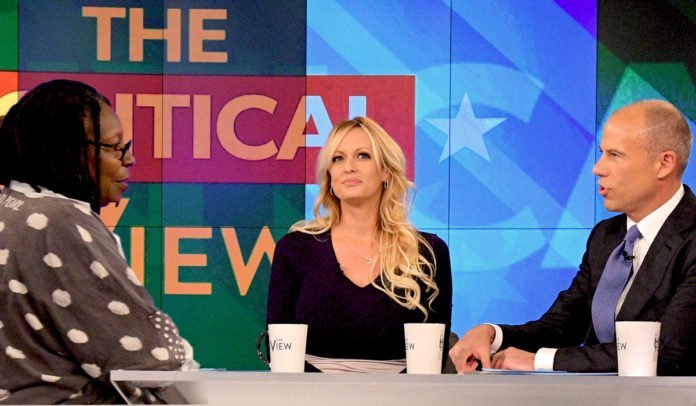 The book will have 288 pages and the title will be »Full Disclosure«. According to the book’s official website, the biography will be published by St. Martin’s Press, a subsidiary of the US publishing group Macmillan, which belongs to the German Holtzbrinck group.

And even though her encounter with the 45th President of the USA has triggered a state crisis and could lead to the fall of the President the book is above all a biography of the actress. Daniels says that there is »a lot in the book, but the book isn’t just about that. That doesn’t define me. … Everybody who knows me and has known me for a long time knows I have been working on a book for about 10 years.«

She adds: »I’ve kept notebooks about the adventures I’ve had on the road and in strip clubs. It’ll blow your mind.« Readers who are thirsty for more details about their relationship with Donald J. Trump will also get their money’s worth and won’t be disappointed, says the actress. »It’s called Full Disclosure. That’s why I named it that.«

The interview with the guest star of VENUS Berlin, where German fans and supporters can hope to get a signed copy of the book, can be found here: