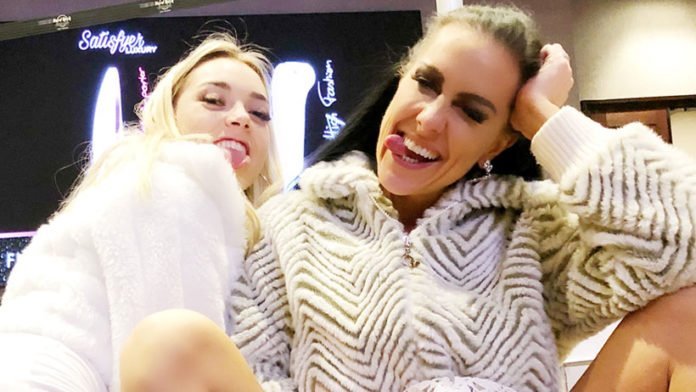 The couple currently lives in a high-rise building in Hollywood. Texas Patti says about the move: »Our first reason to move to LA is it was our dream to life in LA one day. LA is the Mecca of our wonderful industry and after 10 years working in Germany and Europe we would like to work in the Champions League of the business.«

She is convinced: »The business opportunities here in the States are much better than in Germany, especially for our two new projects it was important to be in the USA.«

Many plans in Hollywood

»Anny Aurora and I will live together from May 2019 in Hollywood. Anny Aurora is the other successful talent from Germany who moved to the US just like me. Anny is a SPIEGLER GIRL and won 2 awards in 2017 and 2018 in Germany. Since 18 months smart, sweet, sexy Anny and I have been working on a new idea that we are going to release next month.«

Texas Patti doesn’t want to reveal more details yet, but she promises that there will be more to tell pretty soon and her German and international fans will find out more about the project.