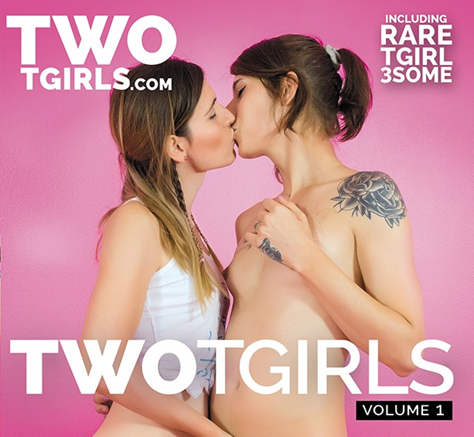 According to Two Tgirls / Mars Media, LLC CEO Mayumi Sparkles (https://twitter.com/TSMayumiSays ), “We have been thrilled with the rapid growth of our membership site since we launched TwoTgirls.com in March of 2016. Taking this next step was something we had been considering for some time. After speaking with Lynton and David several times before the Holidays, it was apparent how much they believed in our content and shared our same future vision. The timing was perfect and we are excited to work as a team to help bring both of our Companies to the next level.”

“Since the launch of TwoTgirls.com we have believed in providing the very best in quality for Tgirl on Tgirl porn. It starts with using the right equipment during a shoot and it ends at our customers web browser and now to DVD. All of our videos are available in several formats, we offer videos in 4K, 1080p, 720p, and 480p. The new 4K video standard is growing and chances are if you’ve bought a new television in the past 6 months it may support 4K video. It has exactly 4x as many pixels as 1080p videos, which means it has 4x as much detail to it and appears 4x more life like.”

“Our website is fully responsive, meaning that it will work on your desktop, laptop, mobile phone, tablet, smart TV, or any other modern device you can come up with that is capable of playing mp4 video. Being able to stream or download your favorite movies and view photos in any of the formats we support is important to us and our customers appreciate it.” she added.

VIP Digital Media Sales Manager David Peskin said “I had been watching this site for a while. The quality of the content, camerawork, lighting, original music; the entire production value is a real eye opener. Two Tgirls is the best Lynton and I have seen in this genre! Mayumi and the entire team at Mars Media have been an absolute pleasure work with. We are thrilled to introduce this product into the marketplace.”

Both Companies announced at press time the first DVD, ‘Two Tgirls Volume 1’  will arrive in stores the end of February.

“For Domestic and Foreign sales for DVD, VOD, Broadcast and Licensing call or email Lynton A, Sharen Taylor, David Peskin at 818-709-8200 or [email protected]”