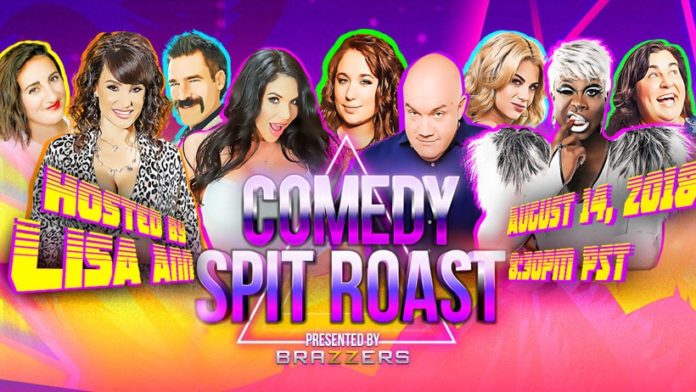 The end result is always the same: a lot of free PR for the leading labels in their market segment.

Among the audience were stars of the industry, including Abella Danger and Kira Noir, who expressed their delight over the evening. Danger says, »I’ve been to so many comedy shows, and I can truthfully say I’ve never laughed as hard as I did during this show.«

Years ago there was an edition of the comedy roast about Donald J. Trump, who sat on an armchair in the middle of a group of comedians and celebrities and had to listen to their takedowns. From time to time you could see him cringe while constantly trying to keep up an air of self-depreciative humor.

Here is an excerpt from the »Roast« by Donald J. Trump, a scene with Rap star Snoop Dogg