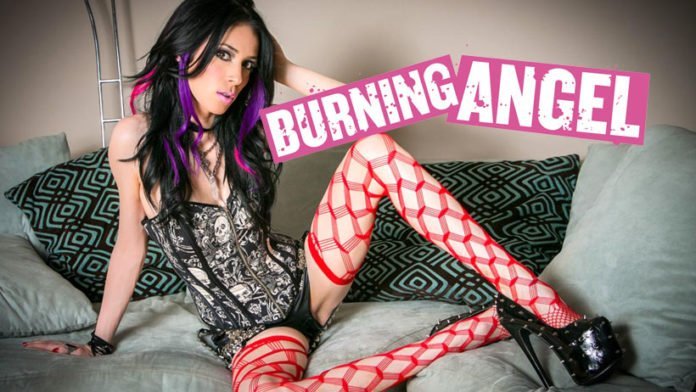 The porn studio Burning Angel, founded by former actress and current producer Joanna Angel, is to be taken over by Gamma. This means that one of the best-known studios will become the property of the rapidly expanding network. In addition to the studio’s extensive catalog of rights, its website will also become part of Gamma Films’ portfolio. A Gamma representative said at the announcement of the acquisition that the films from the studio, which focuses on content with tattooed actors, will become part of the Adult Time offering as of February. Like star director Bree Mills, Joanna Angel will be bound to the group by a multi-year producer contract. Unlike Mills, who has now taken over the studio’s management, Joanna Angel will not work exclusively for Gamma. Apparently, it was Bree Mills who set up the deal in the background. She is said to have contacted Joanna Angel about the flagship Adult Time project in order to get more compelling content for the network.

The sale of Burning Angel was difficult for the founder

Angel herself commented on the sale of her studio. »Thinking back to how this all began as a DIY college experiment in my dorm room at Rutgers University in 2002, it feels incredibly surreal to announce this.  Burning Angel and Gamma have been in a website partnership agreement for the past six years, during which Gamma has designed, maintained and optimized BurningAngel.com, so I’ve already had a relationship with their team. This relationship intensified when I came on as a guest director for Pure Taboo, and while it was a project produced by Gamma Films, the cross-promotion between the Burning Angel members and the Pure Taboo members proved to be incredibly successful.«

Angel also commented on her discussions with Bree Mills: »We discussed the different ways the Burning Angel content could benefit the platform. From a creative perspective, it was simple, I wanted to be a part of it and she wanted the content to be there. I half-jokingly said, ‘You know, this would be a lot easier if you just bought the brand!’  And, well — an offer came in shortly after. My emotional instinct at first was to say no. Burning Angel is my child, all my blood sweat and tears and half of my entire lifetime has gone into it. But the more I thought about it, the more sense it made. The thought of being an active part of a bigger platform excited me, and would completely benefit the current Burning Angel members, and grow the brand for new fans and members as well.«

Asked what the actual core of the brand, the successful producer answers: »I wanted to show the world that punk girls were hot. Burning Angel was more of a brand than it was a production company. We did a lot of parties and events, we had a large presence at lots of tattoo conventions, and from 2002-2005 we only had nude photo sets and didn’t even produce videos. I was more concerned with getting a message across than I was with creating content. We had a small office, I oversaw a lot of the web programming and maintenance, I went to a lot of the web shows and promoted our own affiliate program that was taped together with virtual band-aids, but did get a fair number of signups.«

From photo studio to production company to takeover target

Burning Angel’s focus on film production was accompanied by extensive professionalization. At the beginning of her studio career, Angel’s main goal was to introduce tattoos as a normalized element into the pornographic mainstream, but as time went by her aspirations to deliver professional productions grew. And this will remain the case after the takeover by Gamma Films. Her production contract ensures that she remains the driving force behind the films with the Burning Angel label. »The fans will not notice a change. I will continue to deliver them the quirky punk/tattoo/goth content they know and love. I will also be guest-directing other projects for Adult Time that will be announced in the near future.«

Angel wants to use her newly won freedom and has not allowed himself to be exclusively tied to Gamma. »I would like it to be known that this is not an exclusive directing or performing contract. I spent a good portion of my adult career tied to one company and I want to branch out in every way possible at this juncture in my career. I plan to appear in as many films as possible, in front of and behind the camera. I am incredibly excited for this next chapter of my adult career, and Burning Angel’s second life as a company. I graciously thank Gamma for the opportunity.«

Apparently, studio director Bree Mills will also assume responsibility for the development of Burning Angel content. As a sign that Angel will go her own way in the future, her own website JoannaAngel.com will remain independent of Gamma.

Mills says about the acquisition of Burning Angel: »Joanna and I have already been working closely together on a creative level for the past year after she joined our team for ‘Trailer Park Taboo,’ the multi-nominated feature she wrote and directed for Pure Taboo. That experience led to us talking about other projects and when I pitched her the idea of Adult Time, it was at the same time she was contemplating where she wanted to focus the next phase of her career. The opportunity for Burning Angel to become part of Gamma made a lot of sense, given where we both want to grow. I am thrilled to include Burning Angel as a Gamma Films studio. It is a brand that I have always admired and I’m excited to see it carry on into its next iteration.«

For Adult Time, Mills and Angel have already developed a new series called »Lady Gonzo«. The project will be directed by Mike Quasar.

Gamma President Bernard remains on the path to expansion

Karl Bernard, President of the Gamma Group, also commented on the acquisition: »Burning Angel has been one of Gamma’s trusted partners for over six years, and we are delighted to have them officially join our roster. Their brand has always been creative, original and engaged with their fans, values that are completely in line with our vision for Adult Time. I look forward to seeing them continue to thrive, and for all of the new projects we will develop with Joanna in the future.«

The launch of Adult Time and the acquisition of Burning Angel took place in the middle of a MeToo scandal, which came at a bad time for the fast-paced group of companies. Stills By Alan, a partner director of Bree Mills, herself a much-hyped representative of ethical and niche pornography, is confronted with serious allegations of abuse. Until the matter is resolved, the former business partner of Mills is excluded from productions for Gamma. Nevertheless, Gamma seems to be firmly committed to its star director around whom the Adult Time concept was built and on whose creativity and charisma Gamma’s ambitious strategy for growth largely depends.

The website of Burning Angel can be found here. You can reach the new Adult Time Network via this link.