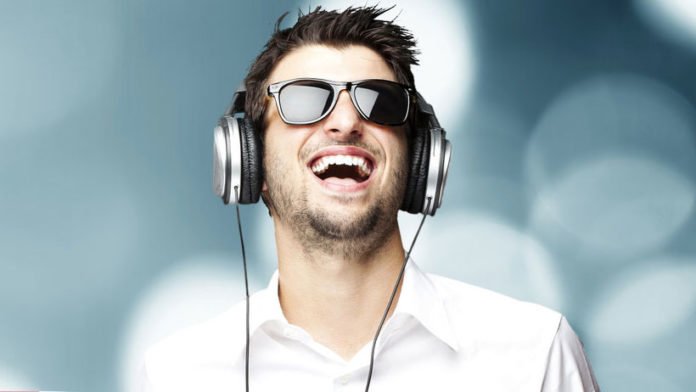 Slate magazine interviewed Pornhub’s appointee for creating subtitles for the blind. The result was a deep insight into the difficulties of putting pornographic images into words.

Kathryn Simpson is excellent at her job. She is probably one of the world’s few experts in subtitling pornographic films for the blind. Marissa Martinelli from Slate magazine met the art historian for an interview.

Did you have any prior experience with audio description?

The funny thing is, I didn’t. I really came at it more from the angle of my art history background, because in art history, image description is essential. One of the ways we’re asked to think about writing a description of a work of art is literally to describe it for someone who can’t see, so I had that experience in visual description and analysis.

In my Ph.D., I was actually looking at ugliness and self-representation, so a different set of issues, but still very much about embodiment. Mostly the art history background helped with choosing what to say, which aspects to describe. Obviously, you can’t describe everything, so it requires a kind of selectiveness. The challenge is to capture the right balance of inclusion and exclusion and creating the right mood.

You wrote descriptions for a total of 35 videos for the project. How much choice did you have about which videos you would describe?

For me, it was all about putting myself in the viewer’s place and figuring out, can I speak to this mood, can I speak to what’s sexy here? Naturally, some of the videos spoke to me more than others. But I was pretty happy to do whatever they gave me.

But you didn’t have a style guide to tell you, for example, whether to use »pussy« or »cunt« instead of »vagina«? I notice your videos tend to mix it up.

The videos are not about me and my writing and my ego, so, in that sense, the language should be basic and straightforward. A little bit of repetition isn’t the worst thing in the world. It wasn’t the time for me to be busting out a million different flowery adjectives or getting all Proustian. It was important to be succinct. At the same time, sometimes using the same word over and over again can actually get distracting. I tried to change it up just enough for variety.

Do you remember the first video you transcribed?

It hadn’t even occurred to me that there would be a tryout for something like this.

Oh, yeah, it was an important project for them, especially with accessibility and disability issues at stake.

How did you approach that first video?

The first few minutes … well, there was obviously an acclimatization period, because I wasn’t sure how best to start. But I learned quickly. You have to pick up the right language and the right mood to match the genre.

I was writing a little bit too much at first, so I had to learn to hold back a little. In the first few scripts I wrote, I did describe some of the audio, because it was second nature to me to explain, “He proposes they do X.” But I was told that I didn’t have to touch on anything that you could hear, because it was redundant, so I quickly dispensed of that habit. It’s all about what you can see.

How many times would you estimate you watched a particular video while writing the script?

It depended on the video, but the short answer is: a lot. Like, a lot of times. Certain videos were more straightforward, but different factors could make a huge impact on how challenging the job would be, as you might expect: the number of players in a particular video, how repetitive the actions were, the variety of different sex acts that they engaged in, even some aspects of the physical environment that they were in. The simpler it was, usually, the fewer times I had to watch the video.

The complete interview can be accessed here.