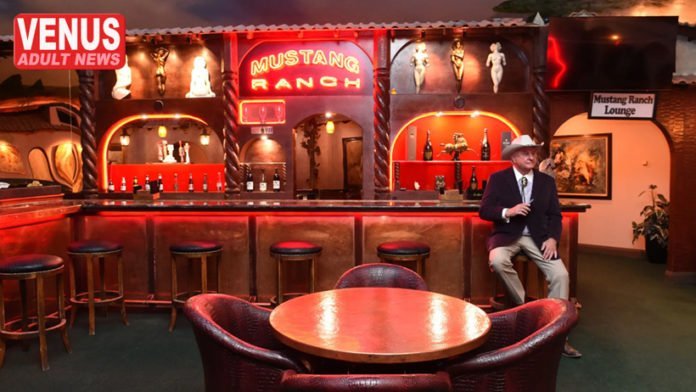 Prostitution is normally strictly prohibited in the USA. Both providers and customers of sexual services still expose themselves to a considerable legal risk. A strange exception to this rule can be found in the state of Nevada. In some counties not far from the tourist magnet Las Vegas, several brothels are allowed to operate and licensed by the state. One of them could now even receive corona support from the state.

The Mustang Ranch in Nevada belongs to the few legal brothels in the USA. It is located 25 kilometers east of Reno in Storey County. The owner is Lance Gilman. He is now receiving a small subsidy to cushion the losses that have occurred on his business. According to a report of the news agency Associated Press, however, this won’t be more than a drop in the ocean: The Mustang Ranch will receive 3000 dollars from the 150 billion dollar Corona aid program in the USA.

If one holds this against the loss of income, however, it should be clear that it is a purely symbolic help. According to the owner’s statement, his brothel has already lost 11 million dollars in income since the beginning of the corona crisis and the necessary closure in March.

Gilman said: »If there’s help, it’s going to be a drop in the bucket. We’re going to put it toward surviving. We’re in the same plight as anybody else. We have to be a standing business when, finally, the administration decides they can open the state.«

There are a total of 20 legal brothels throughout the state of Nevada. Normally the sex industry is excluded from all national aid programs, so the aid for the Mustang Ranch only came originally from federal funds, but in reality from a pool of funds that the state of Nevada could freely dispose of. The brothel was simply lucky to be located in the right county, because all other counties in the state do not distribute funds to adult entertainment companies.

Gilman was lucky twice over. The Wild Horse Saloon, the brothel’s separate restaurant, also allowed the entrepreneur to secure a federal subsidy for his restaurant business. The $350,000 going to the restaurant may help Gilman keep both businesses afloat.

Whether Nevada can maintain its special status remains to be seen. Most brothels have no income and may have to close their doors forever. In that case, Corona would have turned the USA into a country without any legal sex work at all.