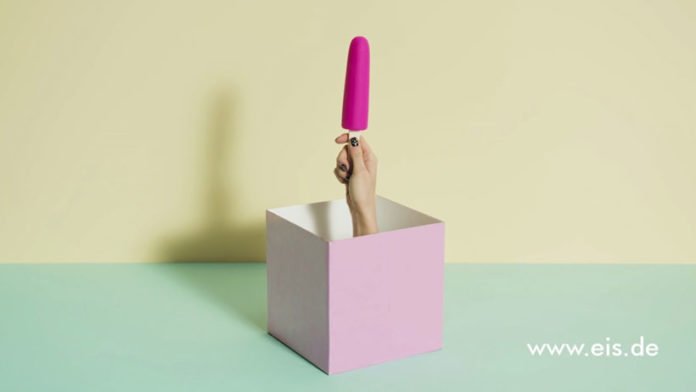 The VENUS exhibitor Eis.de has been one of the fastest-growing adult companies in Germany for years. The company from Bielefeld, with its sassy marketing, a lot of customer service and well designed in-house brands such as the globally successful Satisfyer, achieves almost as much annual turnover as Germany’s supermarket giant Rewe.

Although these sales are far from the results achieved in the field of electronics, these figures are immense for the sextoy industry. By way of comparison, the German retail giant Rewe has only been able to generate 133.4 million euros online with foods.

Overall, e-commerce in Germany is massively dominated by a few large corporations. Almost half of the total sales of the 100 leading online retailers amounting to 33.6 billion euros is generated by Amazon (9.3 billion), Otto (3.2 billion), Zalando (1.4 billion) and the Mediamarkt/Saturn Group (1.5 billion).

In comparison to this, Eis.de’s sales are rather small, but within the industry, the company is at the top. The company certainly owes a large part of its success to its strategic mix of audacious, modern marketing, rigorous customer service, sometimes aggressive price campaigns and numerous online videos about the products in the retailer’s range.

Eis.de’s strategy seems to be paying off

The combination with its sister company Satisfyer, one of the world’s most successful sex toys should secure the Bielefeld-based company great growth opportunities in the future. After all, and this applies to all companies that are active online: No matter who else might be a competitor in your field, Amazon is the main opponent.

The leading generalist is attacking all online retailers who focus on certain trading areas. Nevertheless, numerous national dealers in Germany can also hold their ground against the giant from Seattle. This is particularly successful in electronics retailing, where in addition to the Saturn/Media Group, notebooksbilliger, Cyberport and Alternate can also achieve substantial sales in the high three-digit millions.

Lidl and Bonprix, two retailers in the top 10, also manage to generate competitive sales in their respective fields.

You can find the (rather expensive) complete report here. A summary can be accessed via this link. Here you find the website of Eis.de, this link leads to Satisfyer.

Eis.de will be exhibiting on this year’s VENUS Berlin running from 17th to 20th October. There you can take a close look at the company’s products and services personally.