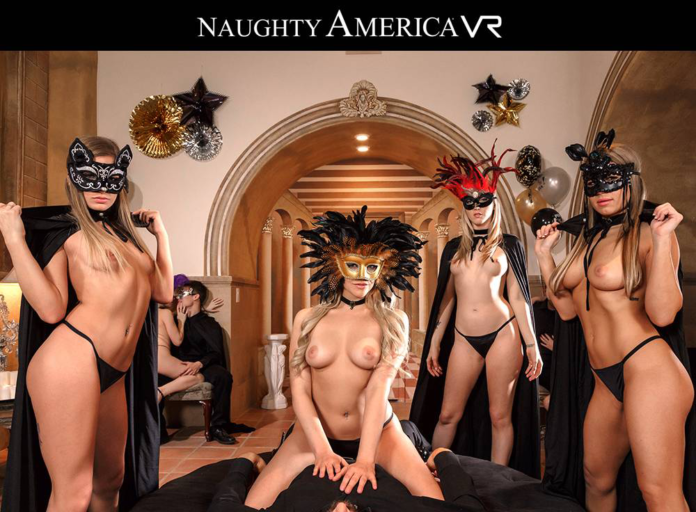 “It will be pretty clear from the opening shot (to those familiar with the movie) that this scene was inspired by ‘Eyes Wide Shut,’” says Naughty America Marketing Director Scott Man. “VR is the perfect medium for a high end sex party with action going on all around you.”

“Given VR’s immersive ability, the goal is to try and take advantage of that whenever possible,” Man adds, “and to offer a real experience that taps into your senses beyond just your eyes.”

“In one of our more recent scenes, ‘Sexcation,’ which stars Peta Jensen, we took viewers to the beaches of California to walk in the ocean with Peta before going back to her place to get a little more intimate,” Man concludes. “We plan to continue to explore immersing our viewers in real life scenarios and take them to places they’ve never been or only fantasized about.”