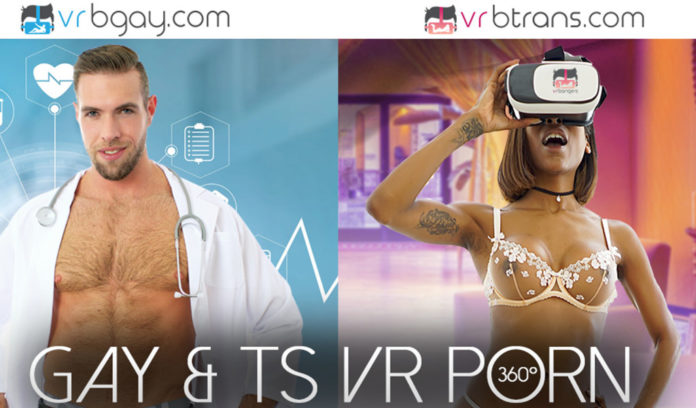 Abramovich says: »Working with award-winning talent, the leading edge of technological advancement, and always keeping the fans front and center in everything we do, that’s what the VR Bangers brand is always about. Now, whether you enjoy men, women or the perfect hybrids of both, you can experience it all exclusively in 4K 360 VR on these evolutionary new adult sites!«

If you want to know more about the new VRBanger sites go to VRBGay.com and VRBTrans.com.