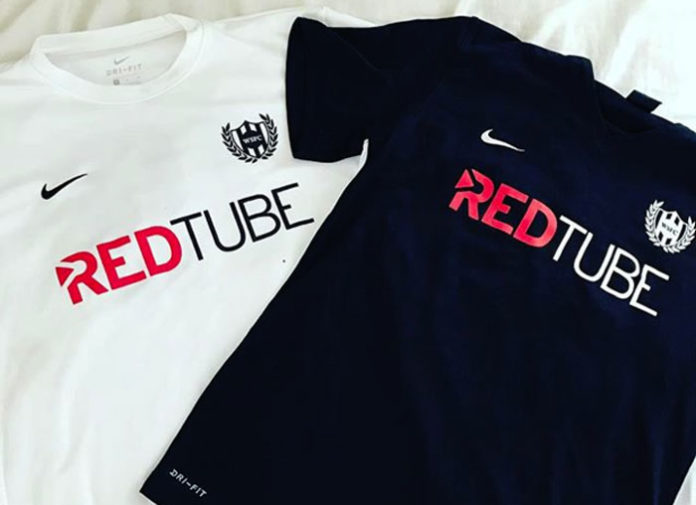 While soccer is still predominantly played by young girls and America’s favorite sports will probably remain American Football and Baseball, a new sponsorship deal signals that what belongs together might actually come together: the worlds of adult and sports entertainment.

Jon explains: »Here is where we met Emma, who runs their social media account and as soon as it went up, we got over 50 likes and are still getting more. She DM’d us and I spoke with here about what would be in the details of the agreement.«

The huge international media coverage turned out to be extremely beneficial for the passionate soccer players of Washington Square FC. At least for now they try to go with the flow and showcase again their remarkable talent for seizing on opportunities. Within days after opening an online shop for selling their newly branded soccer shirts, the team reported already 200 orders from all over the world. Customers come from Europa and Asia alike.

Jon Klippert is not apologetic about the unusual deal: »It’s a bit odd to have it and some people think it’s controversial but let’s be real here, it’s a men’s league club and we have done something that is unique.«

So, way to go Washington Square FC: Maybe Americans will become more interested in soccer after all!