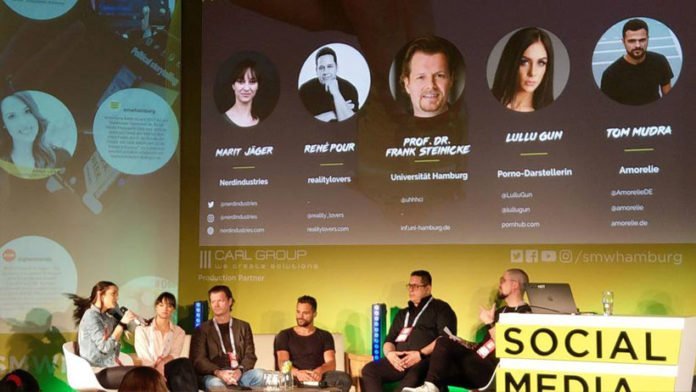 Steinicke, in particular, pointed out that the new technology also makes new scenarios possible. With ASMR and psychological effects completely new sensual experiences are also conceivable. Steinicke used an example from phobia research to explain this: »When someone gets a spider on their hand in the virtual world, their body reacts with sweating and a racing heart – at least if they can’t stand spiders.

All participants assume that interactivity will become the key to success in VR pornography. An idea especially expressed by René Pour: »In fact, we are still in the very early stages of VR sex. We will see a strong development towards more interactivity.«

Love in times of the corona pandemic