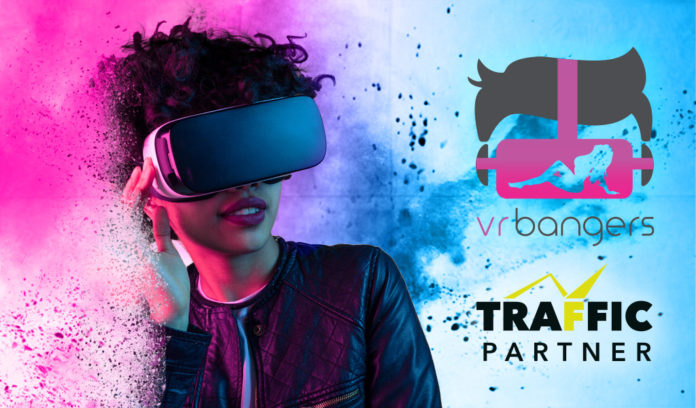 VR Bangers, a leading pioneer in Adult Entertainment content for VR is acting fast to secure its standing in the still emerging market. Only a few weeks ago VRBangers.com announced investments to expand their services to Europe, especially Germany. But the company seems to have global aspirations. Now the company is partnering with TrafficPartner.

TrafficPartner.com is the parent company for several companies, services, and products focusing on monetization services. Michael Reul, CEO of TrafficPartner is echoing the ideas of his new partner: »If there’s a need to convert virtual reality erotica demands strongly, I’m confident that VR Bangers can deliver full satisfaction. Therefore, a partnership became a no-brainer pretty early on. Founders Daniel Abramovich and Boris Smirnoff not only have a similar mindset like us, when it comes to expertise and foresight but furthermore, VR Bangers itself as a product is highly and equally attractive for customers and affiliates.«

VR Bangers’ CTO, Boris Smirnoff, said: »We’re always looking to take virtual reality further. You can’t simply offer unique content only, even when it’s very alluring by itself of course, but rather aim to find even more ways to take VR above and beyond.«

As a sign for VRBangers’ innovative push, he hints towards a POV head rig for performers, the introduction of PlayStation VR owners to their 360-degree content via a hacking tutorial and the »VR Bangers Hotel Experiences« which was widely covered in mainstream media.

Reul on his part is highlighting the potential of the still emerging market: »Virtual Reality seems to become bigger by the minute. It’s not the exact same momentum as we’ve seen before when the online adult entertainment industry exploded as a whole, but it looks to remain as part of people’s way to consume media in the near future. So, we’d been on the lookout for a strong brand in this regard and I couldn’t come to think of anyone else but VR Bangers for a partnership.«

If you want to get in touch with TrafficPartner Reul is inviting direct contact via [email protected] … Additional information on VRBangers can be found here.