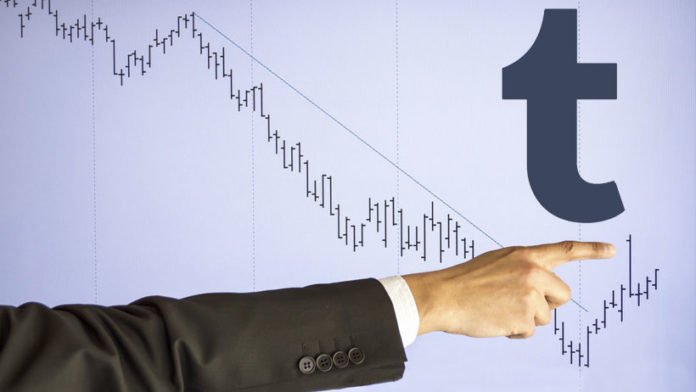 After the smallest among the social media giants imposed a complete ban on pornography and nudity for its platform in December 2018, traffic to the site slumped by almost a third.

Tumblr tried to escape its own deletion from iTunes, the app store run by pornophobic conglomerate Apple. It became perfectly clear that the once-booming social media company was heavily dependent on the actual market leaders. Apparently, even large companies have to submit to pressure from Apple and Google, which completely control access to the app market as a duopoly via iTunes and Playstore.
Even half a billion page impressions are replaceable for the two tech giants whose influence has become a political issue.

Just how harmful such distorting gatekeeper companies are can now be seen by Tumblr’s example. In January the company lost 20% of its traffic, in February the downward spiral continued. In the meantime, the company’s decline in usage numbers has reached over 30%. For a company fighting for its relevance anyway, this is likely to be an existential threat. In a statement on the current development, Tumblr’s CEO Jeff D’Onofrio tries to save what can be saved: »Tumblr is also a place to speak freely about topics like art, sex positivity, your relationships, your sexuality, and your personal journey. We want to make sure that we continue to foster this type of diversity of expression.«

For many account owners and former users of the site, this will sound like some kind of mockery. Users are turning away and looking for alternatives, content producers and account owners are angry and are also looking for other ways to reliably build followership.

Although alternative platforms such as Plinner are emerging, they are caught in the increasingly restricted niche of the adult market. Whether sexuality, eroticism, sex positivity and pornography really want to be banished to the social fringes again is a fundamental decision that the whole industry should think about.

The process also shows how little control an account holder has over its content and followers/fans/subscribers in social media. If one of the platform operators no longer likes the content, it can simply be deleted. Years of work, marketing effort and free content made available for free for the platform are lost from one day to the next. A fundamental problem that affects all major social media platforms. All relevant ones have their headquarters in the USA and are thus exposed to the unpredictable whims of US politics. Once again it becomes clear that there is an urgent need for European alternatives to the big players in the market. China and Russia have long understood this and have established their own social media companies in the market.