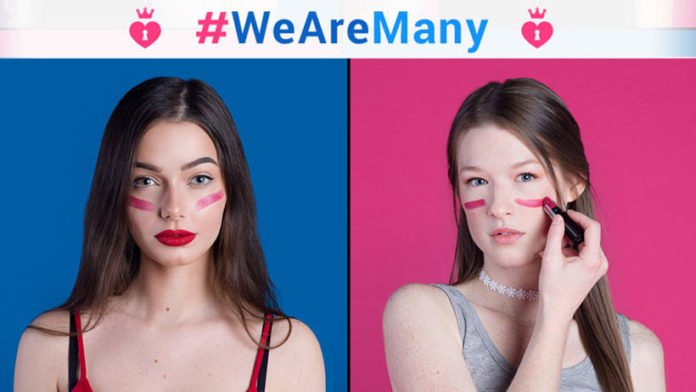 The clip site operator ManyVids is dedicating its #WeAreMany campaign to the International Day to End Violence Against Sex Workers. With this campaign, the company once again demonstrates its commitment to improving working conditions for and social attitudes towards sex workers.

The International Day against Violence against Sex Workers brings back ManyVids’ successful #WeAreMany campaign. The campaign aims to raise social awareness of what sex workers’ working conditions are like and how many still find themselves in dangerous situations. Often in the course of their job. In addition to sexual violence, many sex workers continue to face harassment, abuse, online bullying, and slut shaming. The poor social status of sex workers is in stark contrast to the popularity of the products and services offered by sex workers. After all, the majority of society is happy and enthusiastic about using their services.

A company spokesman said of the campaign: »We want to encourage content creators and their fans to stand together and speak out against abuse with one voice. The stigma of sex work makes it difficult for victims to be taken seriously by employers, peers and the legal system. #WeAreMany is our rallying anthem to any who feel marginalized and victimized: you are not alone and there is strength and solidarity in the collective power of our movement.«

As a symbol of solidarity, the organizers of the action call on people to draw strokes on their cheeks with a lipstick. The ManyVids spokesman explains: »Red lipstick has long been associated with sex workers and sexuality, and we adopted the lipstick face mark as a fierce and courageous symbol patterned after the black stripes athletes wear on their face to protect them from the glare on the field. Our symbol is red stripes — protecting sex workers from the glare of a judgmental society as they perform on their playing field.«

ManyVids emphasizes that the campaign slogan contains a deep truth. There is power in numbers. The more industry representatives and friends of industry representatives participate, the more effective the campaign will be. To join in, you can simply share the #WeAreMany hashtag and ideally a photo of yourself with red lipstick ribbons on your cheeks.

Here is the campaign video:

In the USA, ManyVids also offers a hotline for sex workers who don’t know where to turn if they have problems. The hotline number is (888) 350-3051, which can be reached seven days a week from 6 am to 7 pm. In addition, the company offers an e-mail address where you can also seek advice. ManyVids has set up its own website for the campaign, which can be accessed here.