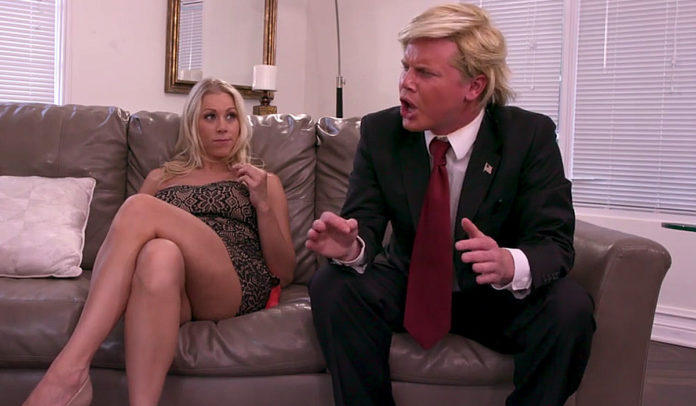 The studio behind the xHamster production »Trump’s Bigger Button« was 6969 Movies. They hired an attractive cast to play some of the strangest figures the political world has seen since Italy’s Silvio Berlusconi. John Brutal stars as President Trump, his counterpart Kim Jong Un is played by Howard X, Blair Williams has the unfortunate role of Ivanka, Brad Knight plays her husband Jared Kushner. The notorious liar and professional PR woman Kellyanne Conway is played by Katie Morgan, and in true SNL style Sean Spicer is played by Maddy O’Reilly. Jessy Jones took the role of Emmanuel Macron while Donnie Rock can be seen as a secret service agent.