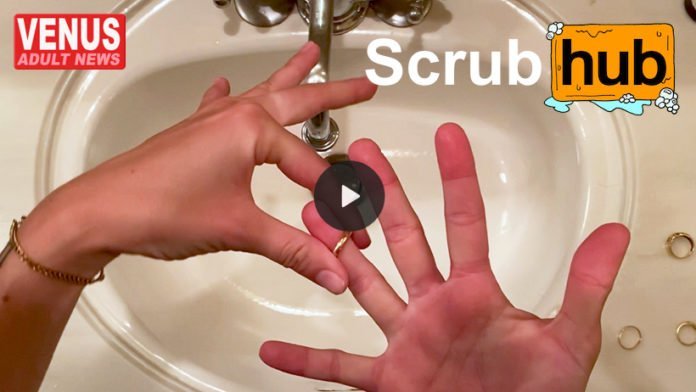 In addition to the fun PR campaign for washing hands, the site also collects donations to support organizations involved in the fight against COVID-19. The donations go to Invisible Hands, an initiative that carries out shopping for elderly people during the Corona crisis, and to Frontline Foods in Los Angeles, which is dedicated to providing healthy food for medical staff.

Commenting on the campaign, Pornhub’s VP Corey Price said: »Over the past few weeks, the one thing that has been repeated by literally everyone – politicians, scientists, celebrities and athletes – has been the importance of washing your hands thoroughly with soap and water to protect against this virus. Some people have encouraged singing songs with earworm effects – Beyonce’s ‘Love on Top’ chorus for example – some have promoted hashtags for social media challenges and others have created comical memes that riff on mainstream and internet culture.«

Price explains: »We thought this presented a unique opportunity for us to bring some joy to something that has become so mundane and repetitive. We love working with talented creatives – in this instance alongside Ani and Suzy – and are proud to debut Scrubhub. Sometimes, lighthearted content can be cathartic and help foster a sense of social cohesion. Let’s all come together and do our part to stay safe and ultimately defeat this virus.«