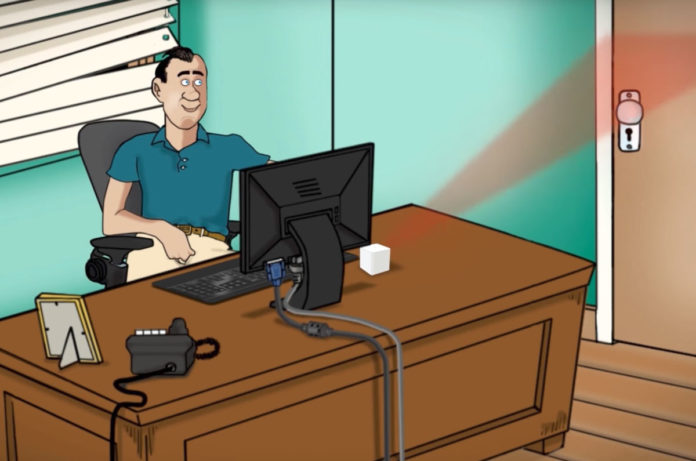 At first, this might seem to be a stroke of genius. If you were a gamer in the 1980s, you may recall that many titles used what was then called a “Boss Key” — a keystroke used to immediately display a C:\ prompt or generic “business” screenshot displaying graphs or spreadsheets. Minimeyes (I die inside every time I type that) is just a 21st century version of the same product, right?

Not exactly. In fact, this is a spectacularly terrible idea, for reasons we’ll discuss below.

According to the campaign’s webpage, should be used when:

you don’t want your partner, your kids, your parents, your brother or sister, your teacher, your boss, your colleagues, your roommate or a perfect stranger to see or hear what you are doing on your computer or mobile device. Use it at home, in the office, in your favorite coffee place or in your dorm room. Simply aim the infrared lens in the direction you want to monitor for movement, press ‘arm’ in the minimeyes application and your privacy is protected. (all emphasis original). 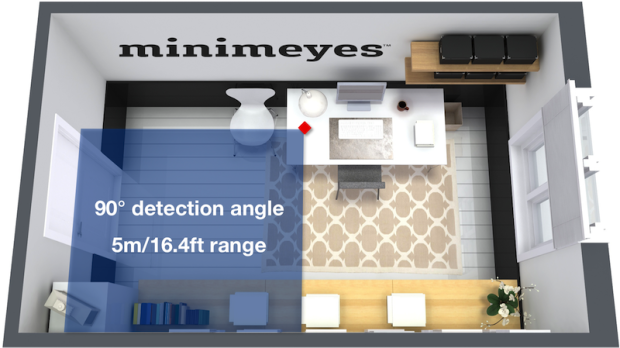 There are a few other flaws in this plan that I think are worth mentioning. First, there’s the fact that human beings have ears. A motion sensor that immediately minimizes all windows might keep your boss/partner/family from seeing whatever pornography you happen to be consuming, but there’s a certain suite of distinctive audio cues that accompany most forays into carnal knowledge.

Even if you prefer photographs or simply remember to keep the audio turned off, there’s another problem. This isn’t the late 1990s anymore. Most businesses have some sort of network monitoring in place and they’re probably going to notice when traffic to Fapulous.com (I have no idea what that domain is, so visit at your own risk) start spiking from your system. God help you if your boss / co-worker should actually approach you and want to see something in your own browser session. Even right-clicking to open a new instance will flash the current windows already open, depending on which browsers you use.