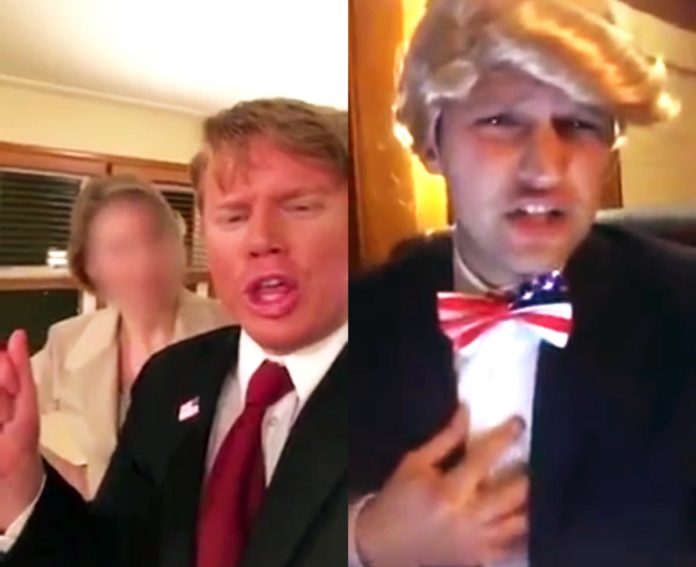 It’s asking its many followers to vote for one of three finalists in the contest to star as the president himself in a series of X-rated films.

The frontrunner’s clip lasts just 10 seconds before being cut off.

Gesturing to a Melania Trump lookalike, he goes on: “I’m gonna be with this pig, horrible woman, but we’re gonna do our best!”

Speaking on the planned four-year series of pornographic parodies, spokesperson Alex Hawkins said: “The Trump transition has been turbulent for all of us. We apologise for the delay in getting out this request.

“There is nothing more that the American public needs that quality adult content parodies to help them understand the ever shifting landscape of their Executive Branch of government.”

“Additional qualifications include the ability to make incredible deals, and bring the HUGE-ness (or “YUGE” in the parlance of Trump) of the President-elect to the small screens and tablets of our consumers.”

The casting call ended: “Optional characteristics of this performer include: having small hands, “not having a problem, down there,” and an affinity for walls (glory hole optional in the wall).

“The ability to harness both Trump’s complete understanding of all issues without any actual knowledge of an issue, is also an optional trait.”