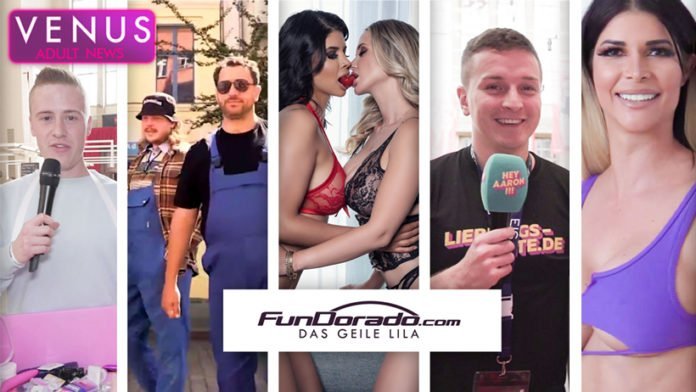 The lips of Cathy Lugner and Micaela Schäfer lustfully come closer while the photographer captures this moment for Playboy. The elegant ambience of the hotel room provides a fitting setting for the sexy photo shoot. FunDorado.com was there live when the two beauties stood in front of the camera.

This is only one of many campaigns with partners from the music industry, Youtube scene and adult entertainment, which can be seen on the adult platform FunDorado.com.

But there is even more to come, because a cooperation with an internationally known band has been announced. The name of the band is still a secret. But the band will definitely already have given you a catchy tune. Aside from the users and visitors of the site, affiliates in particular are also happy about the campaigns as they have a lot to report about the portal.